Here’s an infographic from FansEdge.com (created, I believe, in 2012) that displays the salary structures of athletes of the NFL, MLB, NBA and NHL pro sports leagues.  I’m sure it’s no surprise that the Yankees and Alex Rodriguez pretty much blow the rest of the comparisons out of the water. 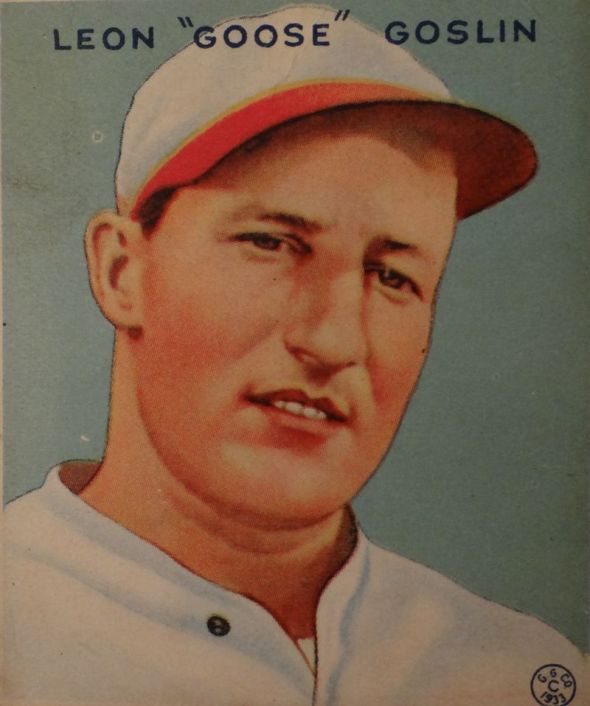 Apparently, this is a thing!  It’s fascinating, sometimes, the things we learn first thing in the morning.

Not only do we celebrate the Sultan of Swat, today, it is also National Take Our Daughters and Sons to Work Day, National Tell A Story Day, and National Prime Rib Day (I’m sure the Babe would have been thrilled to know that he shares a holiday with such a delicious dish).  It would have been fun to post a picture of Ruth eating prime rib, but it seems I will instead have to settle for telling a Babe Ruth story:

Ruth, it turns out, was quite the reckless driver — which I suppose isn’t that much of a surprise when one considers the man’s temperament.  Granted, in the 1920s, speed limits were nothing compared to what they are today, and the Babe managed to cull an impressive collection of speeding tickets, traffic violations, and automobile accidents.

Then, on June 8, 1921, Ruth was arrested in Manhattan for speeding (traveling at a whooping 26 miles per hour).  It was his second arrest in a month, and he was sentenced to spend the rest of the day in jail in addition to a $100 fine.  From his cell, Ruth requested his uniform and dressed for that day’s game.  He was released 45 minutes after the game had started and sped off with an escort to join the rest of the Yankees.

A Brief History of Baseball

This is a wonderfully succinct, yet broad sweeping look at the history of our national pastime.  If you’re looking for an introduction to the development of this wonderful game, this is a great place to start.  Even if you are familiar with the game and its past, this is still a refreshing review of the game.

The New York Mets won their first franchise game on April 23, 1962, their tenth game of the season.  Jay Hook pitched a five-hit complete game as the Mets defeated the Pittsburgh Pirates, 9-1, at Forbes Field.  What’s more, they also broke the Pirates’ ten-game win streak with the victory.

Alright, my loyal readers — it seems that “Baseball Attic” is growing increasingly popular as a site name.  (Google it. I promise it’s true.)  Which is a shame, because I really did think I was being original with this one.

That being the case, I want to start brainstorming a new name for my blog, but at the moment, I am drawing a blank.  So I am reaching out for ideas!  As my readers are obviously the most familiar with the content I put out, I figured you would be a great resource for name suggestions.  If you have an idea for something that would fit well here, please comment below.  Thank you so much, and I look forward to reading your thoughts!

The Art of Fielding, by Chad Harbach

I had purchased a copy of Chad Harbach’s The Art of Fielding a few years ago, but never actually got around to sitting down to read it.  In spite of my intentions, I often find that my myriad interests and short attention span prevent me from ever proceeding through my reading list the way that I promise myself to do.  And the sheer size of this novel — well over 500 pages — certainly didn’t help in convincing me to crack it open and focus on it.

A couple years ago I discovered, much to my own surprise, that audiobooks are a pretty wonderful thing.  I can check out audiobook CDs from the public library and keep them in the car.  That way, when I’m commuting to and from work or running whatever errands, I can still use that time productively and “read” while I drive.  A couple weeks ago, I found a copy of The Art of Fielding on CD at the library and realized this might be my best option for getting through the massive tome.

Overall, my personal reaction to the book is pretty mixed.  On one hand, there’s nothing

groundbreakingly special about it.  The skeleton of the story revolves around Henry Skrimshander, a highly-talented and much-sought-after shortstop at Westish College who one day makes an errant throw that completely rocks his confidence.  His performance on the field struggles as he tries in vain to return to his former self, but it’s not until his whole world seemingly blows up in his face that he is finally able to recover.  There are a couple love stories, a love triangle, substance abuse and mental health issues, and, of course, some good baseball moments.

On the other hand, in spite of the familiar plot structure, I found myself eager to keep diving back into the story.  Harbach’s characters are delightfully vivid and believable, and he weaves backstories for them that makes me want to know more and more about them.  If I had to choose, I would have to say that my favorite character is Mike Schwartz, the big, burly catcher who “discovers” Henry Skrimshander and takes him under his wing, all while battling his own injuries and burning the midnight oil to try to get into law school.  I found myself rooting for Schwartz even more than I was rooting for Henry.

When I audited the Baseball in Literature course a couple years ago, the professor mentioned that some of the more, ah, intimate moments of the book could sometimes be a bit much, and I have to agree with this particular criticism.  I have to also confess, however, that I am a sucker for characters in literature who, themselves, love books and literature, and there is plenty of that here.  This is one of those books that makes me want to read all the books mentioned within the book, which only exacerbates my inability to get to the other books on my reading list in a timely manner.  It sounds confusing (not to mention frustrating), but that’s a problem I actually enjoy having.

The Art of Fielding is far more than just a baseball book.  Yes, there is definitely baseball, and the baseball scenes are well-written.  The descriptions early on of Henry’s performance as a shortstop are particularly captivating, enough so to make me jealous of the fact that I could never perform that smoothly as a middle infielder.  But the novel extends well beyond the diamond to explore the complications of being a human being having relationships with other human beings.  While I do feel like it could have been about a hundred pages shorter, I still find myself thinking that this is one that I may have to read (or listen to) again some day.

The difference between the impossible and the possible lies in a person’s determination.

Here is a fascinating panel discussion from last year that I watched late last night (too late — my poor sleep schedule).  Hosted by the University of St. Thomas in Minnesota, this discussion encompasses all sports and the culture that surrounds athletic competition in general.  From children’s organized sports on up through the pros, these folks explore the problems of the idea of winning at all costs.

Clearly, we see, there are some issues when it comes to ethics in the world of sports.  When the majority of athletes self-report that they would be willing to take a pill to become Olympic-caliber athletes (with the caveat that they’d die in five years), we realize that our priorities are wholly out of whack.  When cheating does take place, nobody in sports wants to be a snitch, and the idea that “if you’re not cheating, you’re not trying” permeates the atmosphere.  How do the higher ups of an organization combat this attitude?

This discussion is long, but if you have the time to watch even a little bit of it, it is certainly worthwhile.