This day in baseball: Extra innings

The longest double header in Major League history was played on 31 May 1964 at Shea Stadium.  The Giants defeated the Mets 5-3 in the first game of the day.  Pitcher Gaylord Perry then led San Francisco to another victory in the second game, pitching ten innings in relief as the Giants won 8-6 in twenty-three innings.  The second game lasted seven hours, twenty-three minutes, and the two games combined lasted nine hours, fifty-two minutes.

During the second game, the Mets turned a rare triple play in the fourteenth inning, and Gaylord Perry supposedly threw his first spitball in a Major League game. 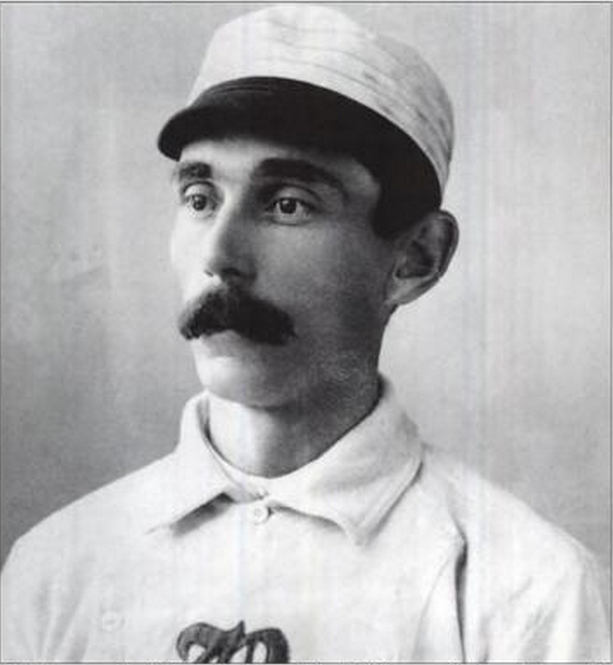 Boston Beaneaters’ second baseman Bob Lowe became the first Major League ballplayer to hit four home runs in one game.  On 30 May 1894, Lowe went 0-for-6 in the first game of  a doubleheader against Cincinnati, only to follow it up with his four round-trippers in the second game, two of which were hit in the third inning.  Boston defeated the Reds 20-11 in that game.

When Kinect Star Wars for Xbox 360 was released this past April, Dodgers fans had the opportunity to see Darth Vader himself throw the first pitch as part of a promotional gag in Los Angeles.  It seems that the Force is not as strong with Vader as it once was, but I suppose one should expect that falling to the Dark Side would inevitably stunt one’s ability to play baseball.

During an 8-1 victory against the White Sox on 26 May 1925, Detroit Tigers’ outfielder Ty Cobb accumulated his 1,000th extra-base hit, making him the first player in major league history to do so.  Prior to this season, the record had been held by Honus Wagner, with 993 extra-base hits.  Cobb would finish his career with 1,139.

My motto was always to keep swinging. Whether I was in a slump or feeling badly or having trouble off the field, the only thing to do was keep swinging.

A couple days ago, I sat down and read Stephen King’s novella, Blockade Billy.  As a baseball fan and a Stephen King fan, I don’t know how I managed to not hear about this book for so long, but a few weeks ago, I stumbled upon a review and knew that I had to check it out.

Very briefly, it is a story about a young, rookie catcher, William Blakely, as told by New Jersey Titans third base coach, Granny Grantham.  Billy is small in stature and a bit slow in the head, but he’s also a phenomenal ballplayer, whose willingness to stand in the way of any baserunner coming down the third base line earns him the nickname “Blockade Billy.”  Keep in mind, however, that the writer of this tale is Stephen King, not W. P. Kinsella.  I won’t give away the ending, but I will say that it was precisely the kind of twist that one would expect from the author.

It’s not quite as graphic as some of King’s other writing, but his trademark style and voice definitely shine through.  That being said, this obviously isn’t meant to be a bedtime story for the kiddos as they get tucked into bed tonight.  It does make for an interesting bedtime story for a grown-up, however, as the story is so short, I’m not sure it even qualifies as a “novella.”  Even with large print, the book is only 125 pages long, and I was so caught up in the story, it seemed even shorter than that.

In a game against the Angels on 22 May 1962, Yankees slugger Roger Maris set a Major League record by drawing four intentional walks.  Each walk was granted to Maris by a different Angels pitcher as the Yankees won 2-1 in twelve innings at Yankee Stadium.

I can’t say I blame the Angels.  This was, after all, the season immediately following Maris’s success in breaking Babe Ruth’s single-season home run record.

For your listening (and viewing) pleasure, we have Alabama’s classic baseball song.  Enjoy!

This day in baseball: Pierzynski vs. Barrett

This bench-clearing brawl resulted in a fifteen-minute delay in this contest between the Chicago teams.  Four players were ejected from the game, and the White Sox went on to win it 7-0.

Diamond in the rough: Baseball during the Civil War

When one thinks of the American Civil War, a number of key themes come to mind: North vs. South; the Union and the Confederacy; slavery; race; Gettysburg; Appomattox; and so on… One rarely thinks of baseball, and yet the game provided entertainment and escape during this tumultuous period in our nation’s history.

Contrary to what the Abner Doubleday myth would have us believe, baseball was already well-established by the time the “War Between the States” broke out, and it is believed that President Abraham Lincoln may have been one of the game’s first fans. At the very least, many historians agree that Lincoln most likely watched, and possibly even played, the sport. There is no doubt, however, that the game was already making its way into the national consciousness. The political cartoon below show Lincoln with the other three Presidential candidates, John Bell, Stephen A. Douglas, and John C. Breckinridge, in the fall of 1860. The men are depicted as ballplayers, and Lincoln, of course, has his foot on home plate, representing victory. He smugly tells his opponents, “Gentlemen, if any of you should ever take a hand in another match at this game, remember that you must have ‘a good bat’ and strike a ‘fair ball’ to make a ‘clean score’ & a ‘home run.’”

Baseball was a pastime shared by both North and South, and officers on both sides touted the sport as a distraction from the horrors of war, as well as a means through which soldiers could exercise. Interestingly, the outbreak of war encouraged the growth of the sport, as large concentrations of young men gathered together in encampments often found themselves in need of a way to pass the time. To solve the problem of boredom, men from New York took to teaching their fellow soldiers, who came from areas throughout the country, the rules and play of baseball. What was once advocated as a “gentleman’s game” now spread amongst men from a wide variety of backgrounds.

One of the most famous games that took place during the war was between the 165th New York Infantry and the New York Regiment All-Star nine. Played in 1862, approximately forty thousand soldiers showed up to watch the matchup in Hilton Head, South Carolina. That’s a crowd that surpasses attendance at most Major League Baseball games today! As the war raged on and nationalism grew stronger, baseball became increasingly viewed as patriotic. Competitions were sometimes viewed as representative of the conflict between North and South.

Playing ball in the middle of the war wasn’t always fun and worry-free, of course. Some soldiers learned to play the game in one of the many Civil War prisons. The teams of active regiments experienced constant changes in their rosters, as men were killed on the battlefield. Sometimes, the ballgames themselves were interrupted, such as one George Putnam wrote home about:

“Suddenly there was a scattering of fire, which three outfielders caught the brunt; the centerfield was hit and was captured, left and right field managed to get back to our lines. The attack…was repelled without serious difficulty, but we had lost not only our centerfield, but…the only baseball in Alexandria, Texas.”

When the war ended and soldiers returned home, many of them shared the game they had learned with their communities. A game that was once mostly confined to the New York area exploded throughout the country. Baseball became a force that helped to heal the rift in the country as many fans began to refer to it as “the national pastime.” Many new leagues formed throughout the nation. Referred to as the “Textile Leagues,” they resembled the minor league system of today. As baseball’s popularity became widespread, the foundation was laid for the establishment of organized and professional play.

Kirsch, George B.  Baseball in Blue and Gray: The National Pastime During the Civil War.  Princeton, New Jersey: Princeton U P, 2003.