A couple months ago, I watched The Sandlot: Heading Home, mentioning here that I had actually been looking for The Sandlot 2 when I stumbled upon that third installment of the series instead.  This weekend, I finally did manage to get my hands on a copy of The Sandlot 2.

This chapter of the Sandlot series follows the typical formula of all the movies in the collection.  There is the group of main characters comprising the beloved sandlot team, including a leader, a nerdy kid, a chubby kid, and a ladies’ man.  There is a rival, cocky Little League team that challenges the sandlot team and engages in a name-calling contest with them.  And the primary conflict of the film revolves around a battle for the sandlot itself.

The Sandlot 2 introduces us to Johnnie Smalls, who, we eventually learn, is the younger brother of the one and only Scotty Smalls.  Johnnie is the narrator of the story and proves himself just as nerdy as his big brother, spending his time playing with model rockets.  The leader of this story’s sandlot team is David Durango, who also finds himself battling puberty and his sudden interest in girls.

One girl, in particular, is Hayley Goodfairer.  In addition to being attractive, Hayley proves herself a particularly talented softball pitcher.  At first, the boys of the sandlot are miffed when Hayley and her friends start using the sandlot to play softball, but after a couple of contentious face-offs, the boys and the girls agree to join together into a single team.

We learn that the Beast, Hercules, has passed away, but not before leaving behind some puppies.  One of those puppies grew into the newest sandlot terror, known as “The Great Fear.”  As Scotty’s younger brother, Johnnie knows all about the Beast and the Great Fear, and passes the legend onto the sandlot’s latest tenants.

Like his big brother, Johnnie gets himself into a bit of a pickle.  But instead of a baseball, he launches a rocket that does not belong to him, and it lands on the other side of the fence, in the territory belonging to the Great Fear.  The sandlot kids rally, but as before, nothing seems to work to get the rocket back.  Finally, the Benny Rodriguez of this tale, David Durango, decides to step up, facing his own fears as he hops the fence to take on the Great Fear.  James Earl Jones reprises his role as Mr. Mertle, which is certainly a treat for fans.

Aside from the inclusion of girls in the new team, there’s very little in this movie that the original Sandlot doesn’t already offer.  If you’re an especially big fan of the Sandlot and you don’t mind the cheesiness of it all, this is still an entertaining way to pass a couple hours, and it is chock full of nostalgia.  If you’re looking for something new, however, maybe pass on this one.

A month and a half

Only 45 days left until pitchers and catchers report! 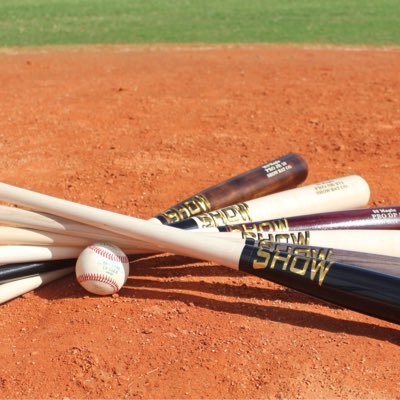 They usually show movies on a flight like that.

“The Umpire Is A Most Unhappy Man,” performed by Edward M. Favor

This piece is from an old musical comedy entitled The Umpire, which was a big success in 1905 Chicago, when baseball was particularly growing in popularity across the nation.  The lyrics to this tune are by Will Hough and Frank Adams, and the music was written by Joseph Howard.  I cannot seem to find any further information regarding the musical itself today, but this recording of “The Umpire Is A Most Unhappy Man” is quite amusing.

If you’d like to see the sheet music for the tune, you can click on this image:

This day in baseball: Ruth sold to Yanks

The Red Sox sold Babe Ruth to the Yankees on December 26, 1919 for $100,000 and guarantee a $300,000 loan, with Fenway Park as collateral.  The sale would not go public until January, and would serve as the inception of the “Curse of the Bambino” on the Red Sox.

Happy Holidays, everyone!  I truly wish you all the best, this season and always.

Baseball is a game of long-suffering, and if one doesn’t have the endurance to get over the hard times, bad hops, bad luck, failure-at-the-rate-of-70%-or-better hitting, and all the other things that happen that try one’s patience, they won’t last long in the game.

I’ve never heard of dodgerfilms before this morning, but they’ve clearly got quite a following, as their YouTube channel has more than 850,000 subscribers.  If all their videos are as entertaining as this one, then it’s pretty clear why that is.  These guys went all out with Christmas outfits and décor on the field.  And the game itself was pretty close.

A few years ago for Christmas, I gifted my nephews each with baseball gloves.  The good news is, they recognized what they were and even showed a little enthusiasm for them.  The bad news, I am pretty sure those gloves have since settled into a home at the bottom of the toy box.

Here’s a fun, old-timey tune about the one and only Don Newcombe.  I’m not sure about the spelling of “Newcombe” on this, but I cannot imagine it could be talking about a different fellow altogether.  The sound quality is a bit fuzzy, but I think it adds a little something to the listening experience.