It’s a bummer that baseball is over, but I hope you all have an enjoyable and fun holiday all the same. 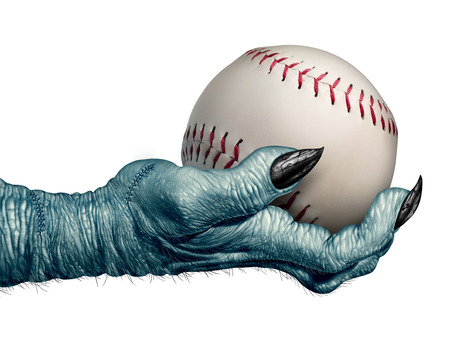 When we played, World Series checks meant something. Now all they do is screw up your taxes.

“The Wizard of Oz,” by Sam Bush

Here’s a fun and catchy tune about the great Ozzie Smith.  As the song states, Smith was elected to the Baseball Hall of Fame in 2002, his first year of eligibility.  He was also elected to the St. Louis Cardinals Hall of Fame with the inaugural class of 2014.

This day in baseball: 1985 World Series comes to an end

Royals pitcher Bret Saberhagen threw a five-hitter to defeat the St. Louis Cardinals, 11-0, on October 27, 1985.  The victory came in Game 7 of the World Series, as the Royals won the Series, four games to three.

You know you’re having a bad season when…

Well, at least the Peanuts gang gets to put one in the win column for a change.

The truth is that for those 86 long years when the Red Sox went without a World Series win, fans were not only in a recession, but trapped in a longstanding, deeply entrenched sports depression.

The World Series begins tonight!  I think this will be an interesting one, featuring two old, old franchises currently located at opposite ends of the country.  There’s going to be a lot of flying going on during this Series.

It could be an interesting Halloween night in Boston if this thing goes to Game Seven.

New York Giants rightfielder Ross Youngs passed away on October 22, 1927 of Brights disease.  The future Hall of Famer had a career batting average of .322, having batted over .300 for seven straight seasons, including reaching an average of more than .350 twice.  Youngs was also one of John McGraw’s favorite players, who said at Youngs’s funeral, “The game was never over with Youngs until the last man was out.  He could do everything a ball player should do, and do it better than most players.  As an outfielder he had no superiors, and he was the easiest man I ever knew to handle.  In all his years with the Giants, he never caused one minute’s trouble for myself or the club.  On top of all this, a gamer ballplayer than Youngs never played ball.”

This poem was published in 2017 through Poetry Soup.  I love how this piece captures the fun details of playing sandlot baseball.  Leave it to the parents to force the game to end in a tie.

Some walked, others biked
As we gathered at the park
There was Jimmy, Peewee
Ricky, Billy and Mark
Neighborhood boys
From blocks around, they’d descend
For the Sandlot World Series
It was friend against friend

After Tommy struck out
It was our turn to bat
We were cheering and yelling
Shaking our rally hats
Peewee lined a single
He was always big trouble
Then Steve, my brother
Lucked out with a double

It was second and third
With nobody out
When I stepped to the plate
Jimmy’s mom gave a shout
Then I heard my dad
Holler,”Time to eat”
The game ended in a tie
As none wanted to get beat.

People are overlooked for a variety of biased reasons and perceived flaws: Age, appearance, personality. Bill James and Mathematics cuts straight through that. Billy, of the twenty thousand notable players for us to consider, I believe that there’s a championship team of twenty five people that we can afford. Because everyone else in baseball undervalues them – like an island of misfit toys.