Ballplayers are born. If they are cut out for baseball, if they have the desire and the ambition, they will make it. That’s all there is to it. 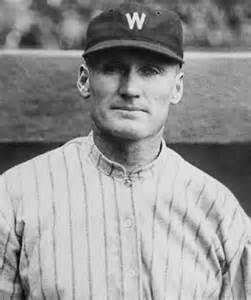 This day in baseball: Challenging the reserve clause

On December 29, 1969, the New York Times reported that Curt Flood planned to challenge the reserve clause by suing Major League Baseball.  According to the Times:

A major attack on the reserve clause, a feature of baseball contracts that binds a player to his original team and makes trades possible, is being mounted by Curt Flood, with Arthur Goldberg, a former United States Supreme Court Justice, as his counsel.

The case made its way to the Supreme Court, which ruled in favor of Major League Baseball, but the Court’s decision left open the possibility for closer examination and further challenges. The reserve clause was finally struck down in 1975.

I Had A Hammer, by Hank Aaron

Hank Aaron’s autobiography, I Had A Hammer, was the final book of the Literature of Baseball course I sat in on this fall semester.  I did not finish reading the book by the end of the semester, but I’ve made a point to get through it since then.  I’m glad to have done so, because I had once started the book many years ago, but never finished it, and now I can say that I have. 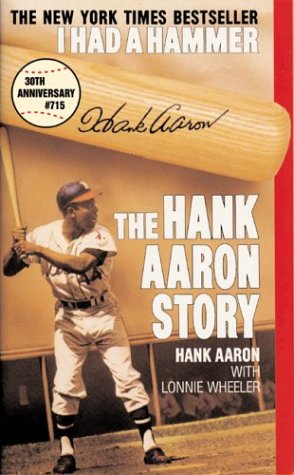 Hank Aaron begins by recounting his childhood in Mobile, Alabama, growing up as a poor southern boy sneaking off to play baseball whenever time would allow him to do so.  As a ballplayer, especially as a hitter, Aaron expresses an unwavering confidence in his abilities.  He attributes his successes throughout his career to his ability to concentrate at the plate, no matter what else might be going on in his life.  This allows him to stay consistent as a hitter and to collect hits and home runs even against the best pitchers in professional baseball.  This confidence propels him from the Indianapolis Clowns of the Negro American League to the South Atlantic League, then to the Milwaukee Braves.  With the Braves, Aaron led the team to a World Series victory in 1957 and earned the Most Valuable Player award of the National League.

On April 8, 1974, Aaron broke Babe Ruth’s lifetime home run record of 714. Through this book, the reader gets to glimpse the home run chase from Aaron’s perspective, which was not the same as the perspective of the general public during this period.  In the autobiography are published a handful of the thousands of pieces of hate mail that Hank Aaron received as he pursued the Babe’s record, and many of them are heartbreaking.  Much of the time, I try to keep my faith in humanity, in spite of the hatred and violence and destruction that seems to perpetually permeate our society.  Sometimes, however, I have moments that makes me believe that such faith is useless and that we, as a race, will never change.  Reading these pieces of hate mail sent to Aaron was one of those moments.  I considered sharing one or two of them here, but they are all so repugnant that I honestly don’t have it in me to even retype them.

Aaron describes it best early in the book when he writes, “The Ruth chase should have been the greatest period of my life, and it was the worst.  I couldn’t believe there was so much hatred in people.  It’s something I’m still trying to get over, and maybe I never will.”

On the other hand, when word of all the hate mail reached the media, fans responded with letters of support.

I understand you get a lot of crank letters concerning breaking Ruth’s record.  Enclosed is something [matches taped to the page] that will take care of those letters.

Letter like these, I think, are what keep me from giving up completely.  I don’t want to speak for Hank Aaron, though I’d like to think that he feels the same way about them.

Aaron also set all-time records for total bases and RBIs. He ended his playing days by spending two seasons back in Milwaukee with the expansion team Brewers, then began a new career as an executive with the Atlanta Braves.

Off the field, as time went by, Hank Aaron spoke out more and more against the blatant bigotry that he observed taking place around him.  For a long time, Aaron was the highest-ranking black in baseball. In this position, Aaron became an unofficial spokesman in racial matters as they pertain to the game.

What I love about this autobiography is that it is so much more than just a baseball book.  Hank Aaron, along with Lonnie Wheeler, opens our eyes up to the world of bigotry and discrimination that some of us never experience in our day-to-day lives.  And while baseball and the country has come a long way since Aaron’s first days in baseball, he points out that we still have a long way to go.

Whatever holidays you find yourself celebrating this time of year, I hope they are wonderful for all!

This day in baseball: Comiskey established in Chicago

Owners of the emerging American League met on December 22, 1899 in an attempt to strategize a way to substantiate themselves in the face of an already-established National League.  As part of their strategy, they decide to place a team in Chicago with Charles Comiskey as the owner-manager of the club.

Pee Wee Reese’s induction speech for the Baseball Hall of Fame is short and sweet, which I find kind of nice on this slow Monday morning.  Reese was a 10-time All Star with two World Series championships (1955 and 1959).  He was inducted into the Hall of Fame in 1984.

Here’s another humorous Little League graphic stereotyping players according to their positions.  Some of these have been uncannily accurate in my own experience, especially the one about playing with the coach’s kid.

I have discovered in twenty years of moving around a ballpark that the knowledge of the game is usually in inverse proportion to the price of the seats.

“A Baseball Song (Third Was the Fence),” Michael J. Hays

I like the nostalgia of this song and the fact that the artist includes a little bit of background at the beginning of the video.  I’m sure many of us can identify with this in some way or another.