At Hilltop Park in New York on June 30, 1908, Cy Young of the Red Sox no-hit the Highlanders (now the Yankees) in a 8-0 victory.  At the age of 41, it was the third time that Young had accomplished the feat, and he was the oldest pitcher to have done so until Nolan Ryan’s no-hitter on June 11, 1990.

It [baseball] will take our people out-of-doors, fill them with oxygen, give them a larger physical stoicism. Tend to relieve us from being a nervous, dyspeptic set. Repair these losses, and be a blessing to us.

Here’s a piece that was published alongside “Patient Hitter” in Resin from the Rain in April 2002.  Here we see the other side of the battle in the pitcher-hitter showdown.  The juxtaposition of these two poems reminds me of a Spanish poem my class read in high school, “El Matador,” by Rafael Alberti, which features a conversation between a matador and a bull.  I love the mind games and the stare-down atmosphere involved.

They expect a fireballer—
Someone stronger, taller
Than me. I nick edges, tantalize,
Induce flail and lunge and cries.
Curve, splitter, sinker, change—six
Different speeds and infinite tricks—
Screwball. Imbalance
Power. Shake off signs, rinse
My craft with resin, climb
The slope and break their rhythm,
No matter if the crowd is with them.
We’ll take their tappers and pop-ups any time.
And, yes, we need our team camaraderie
Or risk assault-and-battery.

Here is another great infographic from Flip Flop Fly Ball.  One of my favorite things about baseball is that no two outfields are the same.  Sure, the bases are always 90 feet apart and the pitcher’s rubber is always 60 feet, 6 inches from home plate, but the outfield comes in all sorts of shapes and sizes.  I really hope the outfield never becomes standardized — it would ruin a great aspect of the game for me.

Here’s a poem by David Horowitz, which was published in Resin from the Rain in April 2002.  I like how the speaker of the piece attempts to differentiate between himself and the pitcher — he speaks in a manner that indicates, or tries to create, a calmer state of mind than that of his opponent.

Yes, I can smack your knucklers and spitters,
Dodge your beanballs, and stroke
Your curves to right for hits. Good hitters
Learn patience, adjust. We watch you choke
And grimace, sweat. We simply hit
And win, as you knuckle, bean, and spit.

I watch a lot of baseball on radio. 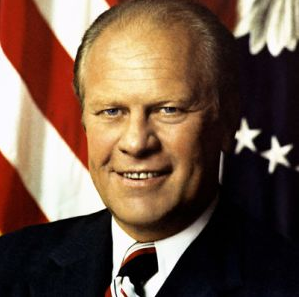 Nolan Ryan speaks about work ethic and dedication in his Hall of Fame induction speech.  He also discusses life after baseball.  I can’t imagine how difficult that would be, to dedicate your life to a single profession, and one day walk away from it.