On January 30, 1948, at the age of 53, Herb Pennock collapsed in the lobby of the Waldorf-Astoria Hotel in New York City as a result of a cerebral hemorrhage. He was pronounced dead upon his arrival at Midtown Hospital. Pennock had played from 1912 through 1933, and was best known for his time spent with the New York Yankee teams of the mid- to late-1920s and early 1930s. After retiring as a player, Pennock served as a coach and farm system director for the Red Sox, and as general manager of the Philadelphia Phillies. Later in 1948, he was posthumously inducted into the National Baseball Hall of Fame.

You wouldn’t know it from the fresh blanket of snow on the ground around here this morning, but spring is right around the corner!

Hating the New York Yankees is as American as apple pie, unwed mothers and cheating on your income tax.

This piece is short and sweet, and the acapella is impressive.  Enjoy this nice little doo wop piece to start your weekend!

This day in baseball: Warren Spahn elected to HoF

On January 24, 1973, Warren Spahn was elected to the Hall of Fame, making him only the sixth player elected in his first year of eligibility.  He received more than 82% of the votes cast by the BBWAA.  Warren Spahn recorded thirteen 20-win seasons with the Braves, making him the winningest left-handed pitcher in big league history with 363 victories.

Baseball is not a game played on paper. On paper, they win.

23 days until pitchers and catchers report

The Packers’ season is officially over, which marks the official end of football season, as far as I’m concerned.  Thank goodness baseball is right on the horizon! 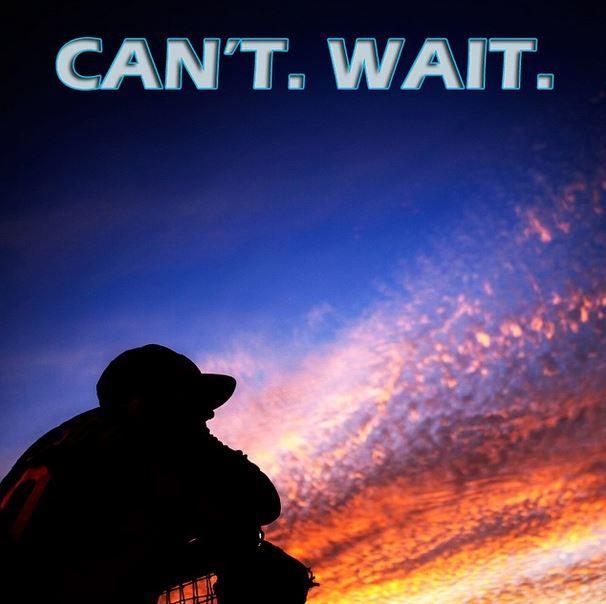 You know how some baseball fields don’t actually have an outfield fence, but rather the outfield has a part that goes into a sudden downhill if you run out far enough?  Let’s hope none of them have a drop quite this extreme.

I have no problem with cheating. Whatever you can get away with.

The author of this piece states that he wrote the poem when he was in third grade.  I have to say, he was much more talented as a third grader than I was — and a better ballplayer, based on the events he describes in this tale.

Spring is the time that baseball starts,
It is in our minds, it is in our hearts,
The score is tied, 3 to 3,
It is the bottom of the 9th,
And it is up to me,
The coach gives the signal,
It is ok to swing,
I swing the bat and I hear a bing,
Oh gee, Oh no, it is a pop fly,
Way up in the sky,
I feel sick like I am going to die,
As I round second and almost to third,
The center fielder drops it because he is a nerd,
I slide home, look up,
“Safe” I hear the umpire say,
The Tigers have won the game today,
After the game the guys lift me up on their shoulders but I won’t fall,

Because today I feel 10 feet tall!