Playing for your country, it’s the coolest thing in the world.

~Todd Frazier, on being part of the USA Olympic baseball team

This day in baseball: Sewell released by Cincinnati

On July 28, 1952, the Cincinnati Reds fired manager Luke Sewell. Sewell was then replaced by the recently released skipper of the St. Louis Browns, Rogers Hornsby, who was fired due to a disagreement with Bill Veeck over an incident against the Yankees. The Reds went 27-23 for the rest of the season.

Rosin bags and gym chalk are so messy. I’m amazed we don’t see more sneezing fits on the pitcher’s mound.

Yesterday, the Cleveland Indians announced their new, much-anticipated team name, which will become effective at the conclusion of the 2021 season. Starting next season, the Cleveland baseball team will be known as the Cleveland Guardians.

While I wholeheartedly agree that a name change is necessary, I confess, I was initially torn about the new name. My initial reaction to the announcement was along the lines of, “Ew… what?” I thought, surely, they could have found something better than that.

But the more I think about it, the more the name grows on me. I cannot think of any other team in any sport, baseball or otherwise, who call themselves the Guardians. Plus, Guardians of the Galaxy is a kickass movie, and I would love to see Cleveland do a Star-Lord theme night (or a Groot theme night!).

I am curious what the new mascot is going to look like. That is just one of many details that the team will have to figure out in the months ahead, for sure. In the meantime, the new logo does look pretty slick. 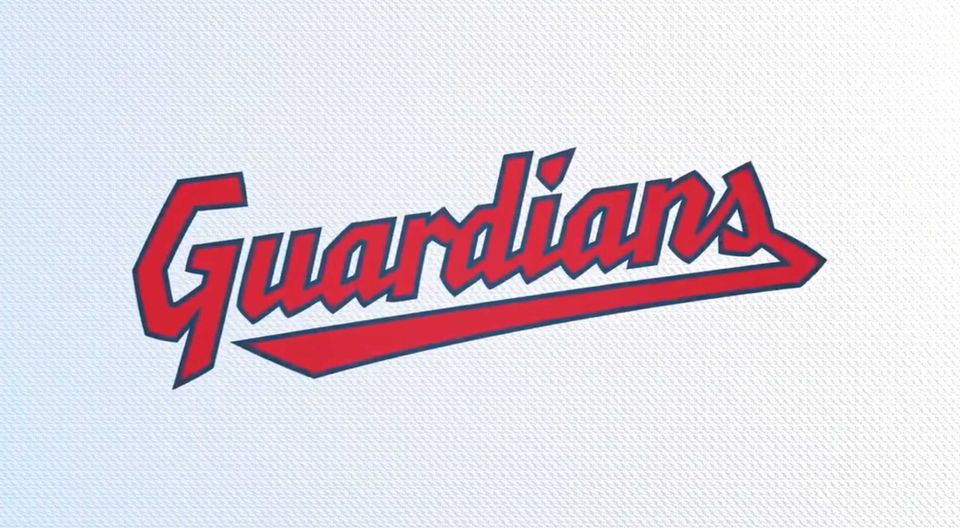 To help you visualize next year's uniforms: pic.twitter.com/slz9Uy9kot

Together, we are all… pic.twitter.com/R5FnT4kv1I

Let there be joy in baseball again, like in the days when Babe Ruth chased an enemy sportswriter down the streets of Boston and ended up getting drunk with him on the waterfront and came back the next day munching on hotdogs and boomed homeruns to the glory of God.

On July 20, 1926, outfielder Al Simmons of the A’s established an American League record by playing in 394 consecutive games to start his career. The record held until Hideki Matsui played in 518 straight games after signing as a Japanese free agent with the Yankees, surpassing Simmons’s mark in 2005.

In August 1976, the Chicago White Sox wore shorts for three games. A friend shared this video with me, wondering if I had known this little tidbit, which I did not (learn something new every day!).

1976 marked the return of owner Bill Veeck, who had previously served as Sox owner from 1959-61. Keeping in line with his reputation as a promoter with wild ideas, on March 9, 1976, Veeck unveiled the new White Sox uniforms. They featured a long pullover top with a garish faux collar. But what really got people’s attentions were the shorts.

About the shorts, Veeck insisted, “They are not garish. Like my wife Mary Frances said, they have understated elegance. … Players should not worry about their vanity, but their comfort. If it’s 95 degrees out, an athlete should be glad to put on short pants and forget his bony knees. Hell, I’ve got a worse looking knee than any of my players. It’s solid wood.”

The shorts debuted on August 8th, in Game 1 of a doubleheader against the Royals at Comiskey Park.  The White Sox collected seven hits — all singles — and won the game 5-2. They switched back to regular pants for Game 2 of the doubleheader and lost 7-1. The shorts would not appear again until later that month, on August 21-22 against the Orioles. In total, the White Sox won 2 out of 3 games played in the shorts.

The video below shows footage from the game against the Royals, in which the shorts made their infamous debut.

Personally, I don’t like the term ‘success.’ It’s too arbitrary and too relative a thing. It’s usually someone else’s definition, not yours.

Congrats to Pete Alonso of the Mets on his Home Run Derby victory last night! I am a bit crushed that Salvador Perez got knocked out in the first round by Alonso himself, but I am glad that Salvy managed to put on a show of his own.

The 2021 MLB All Star Game takes place tonight at 5:30 pm Mountain Time at Coors Field. You can find the rosters for both teams here.

Here’s an interesting, even amusing, ad that I stumbled across from the June 1940 issue of Popular Science. The ad features an image of Joe DiMaggio kissing a Louisville Slugger baseball bat, the bat itself bearing a replica of DiMaggio’s signature. The text in the ad reads:

“A ballplayer and his Louisville Slugger are like a man and his dog —INSEPARABLE PALS”— says Joe DiMaggio, Famous Yankee home run slugger and A.L. Champion last season.

Go to your dealer’s and look over the 1940 Genuine Autographed Louisville Sluggers. Your favorite ballplayer’s personally autographed bat is among them! 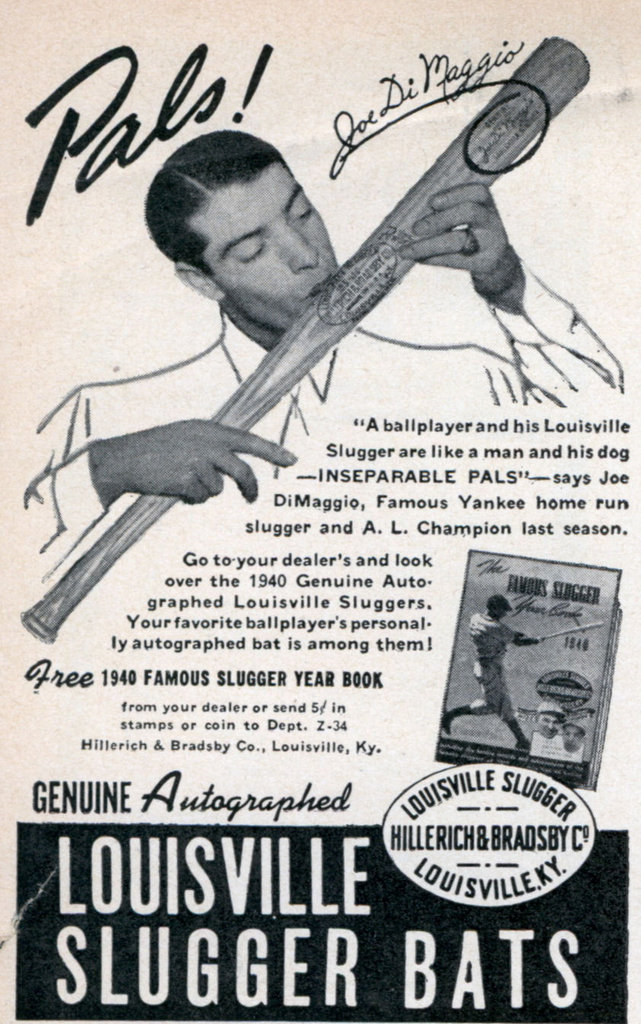