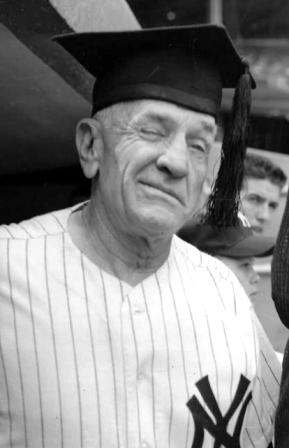 All about that bass

Continuing with the bass theme…. it’s just too easy. 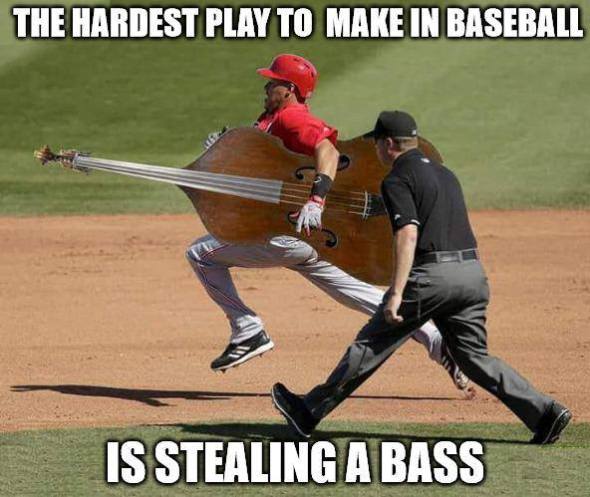 On September 27, 1914, Cleveland’s Nap Lajoie became just the third player in baseball history to reach 3,000 hits, joining Cap Anson and Honus Wagner.  His 3,000th hit was a double off New York’s Marty McHale as the Indians won 5-3 at League Park. 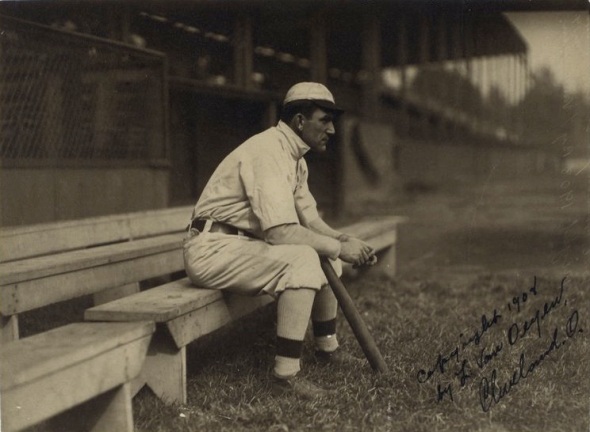 Every now and  then I come across a spin-off of Ernest Thayer’s “Casey At the Bat.”  It’s fun to read the different perspectives on what might have happened next for poor Casey after that infamous outing.  This piece was written in 2013 by Steve Humphrey of Pacifica, California.

Many years had come and gone since Mudville lost that game

To get that far and fall just short, twas Casey some would blame

Their cursed up strugglin’ franchise was an insult to the game

But thru this redwood valley and along the ocean shore

Came echoes of a rumor came whispers of a lore

Could it be that Casey this mountain of a man

Would come on out of hiding and deal another hand

But would these fans accept him could he get another cheer

Or would they not forget the fear of yesteryear

As Casey started working out to catch that former zeal

The workouts were so intensified his mission would not veer

He said no no to candy and certainly no to fries

And munched down all his salad and pushed away the pies

Is Casey really coming back screamed a patron of many years

As 20 heads tuned around they couldn’t believe their ears

This word it traveled fast from the market to the pews

From Robby Joe the Blacksmith to Mike who sells the shoes

Opening day’s upon us now as Casey made the team

It’s been years since they’d seen him, he still looks lean and mean

The season starts out slow again it looks like dejavoo

And some guys to find comfort read the standings upside down

But through this dirt and dust and palms of grimy spit

As the crowds keep growing larger there is no doubting Thomas

With Casey in the middle the leader of the pack

They gather on the hilltops and nearby houses too

Others find a knothole or spy a vacant crack

Adrenaline keeps a rising no fingernail left in sight

And now they sing the Anthem as tension starts to build

Does Mudville have the fortitude can they persevere

The game it starts out slowly now as Mudville gets behind

Their pitcher is a reeling for the plate he cannot find

And when the inning ends it’s just another zero

The game it Soldiers on, have the fans lost their glee

The fan are going crazy, the older ones have coded

But when Taylor pops it up and Daniels does the same

Another at bat like that could end this chilling game

The Mudville fans are reeling now, could this be their fate

The pitchers name is Johnny, his face does show the look

As catcher signals him to throw that 12/6 hook

As Casey looks upon it and decides to let it go

But Casey keeps his faith, the fat lady she ain’t sing’n

In eager anticipation no desire to be the bum

Casey waits in ready, in hopes of what’s to come

“Come on” said Haley who was Casey’s longtime girl

“The heater may be coming, focus on the pearl”

As Casey hits the ball right upon the barrel

How can a human being unleash this kind of fury

10,000 jaws were dropping they couldn’t believe their eyes

Then poured onto the field to greet their Mudville team

I always enjoyed playing ball, and it didn’t matter to me whether I played with white kids or black. I never understood why an issue was made of who I played with, and I never felt comfortable, when I grew up, telling other people how to act. Over the years, a lot of organizations have asked me to be their spokesman, or have wanted me to make speeches about my experiences as a black athlete, or to talk to Congressmen about racial issues in sports. But see, I never recall trouble. I believe I had a happy childhood. Besides playing school sports, we’d play football against the white kids. And we thought nothing of it, neither the blacks nor the whites. It was the grownups who got upset … I never got into a fight that was caused by racism. 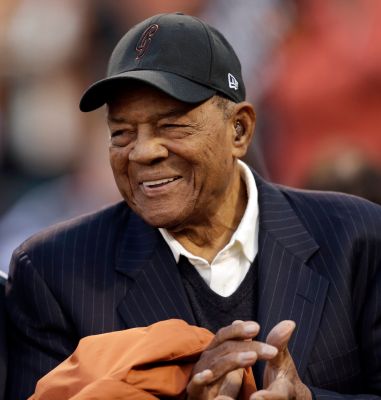 This day in baseball: 1957 NL pennant

Thanks to Hank Aaron’s 11th inning home run, the Milwaukee Braves defeated the Cardinals 4-2 to clinch the 1957 National League pennant.  It was the first time since the 1950 season that a team not from New York state finished first in the National League.  From 1951 to 1956, NL pennants were split between the Brooklyn Dodgers and the New York Giants. 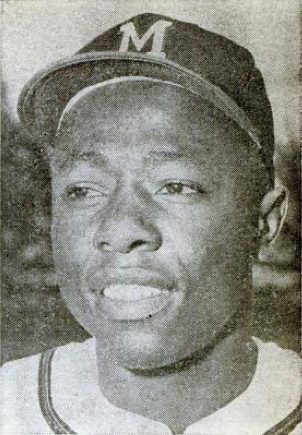 A little music baseball humor for our Friday.  I’m not sure whether swinging that giant instrument would make it easier or harder to make contact with a 100 mph pitch. 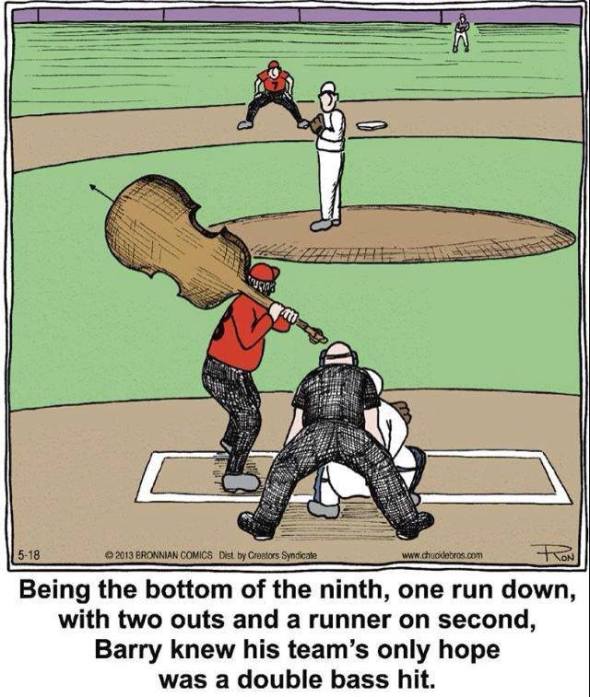 A baseball swing is a very finely tuned instrument. It is repetition, and more repetition, then a little more after that. 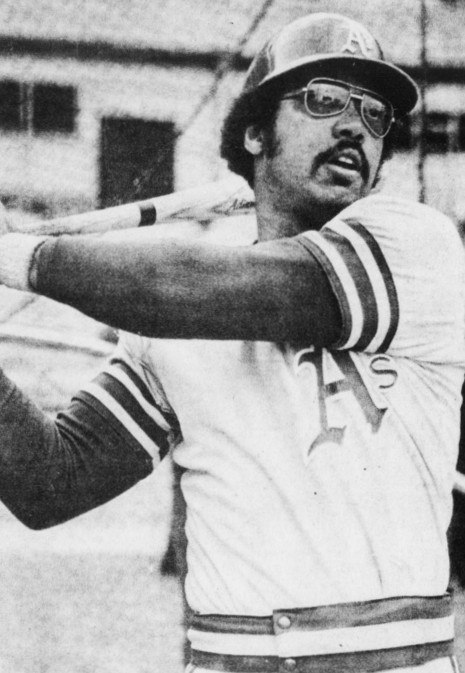 Jim ‘Nixey’ Callahan threw the White Sox’s first no-hitter in franchise history on September 20, 1902, defeating the Tigers, 2-0.  In addition to pitching in eight out of his thirteen Major League seasons, Callahan was a utility player who also played left field. 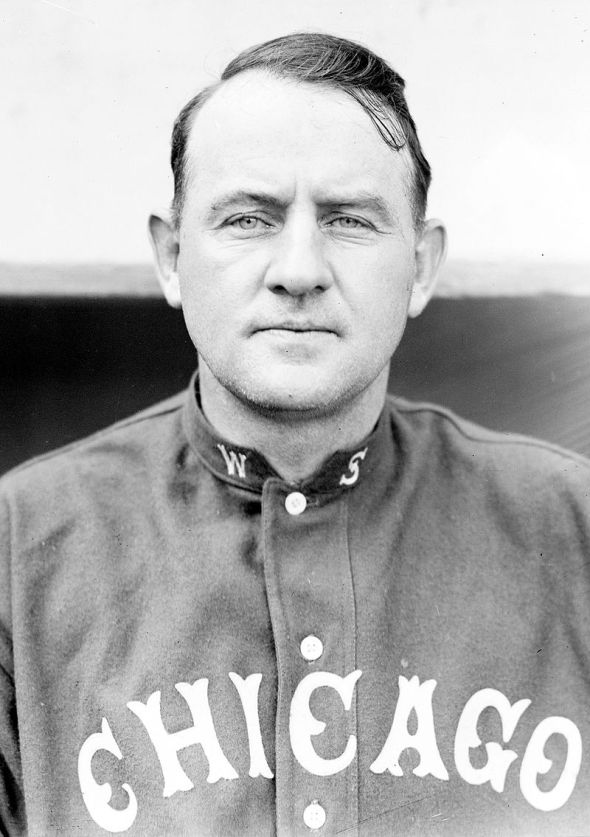 In this 1970s song, Del Reeves manages to turn a list of Major League Baseball team names into a song about girls.  I took a moment to look up the word “filly,” which I somehow had never heard before.  It turns out that a filly is a young female horse — essentially the female version of a colt.