This day in baseball: Moon is Rookie of the Year

On December 19, 1954, Wally Moon of the St. Louis Cardinals was selected National League Rookie of the Year.  Moon finished his first season in the big leagues with a .304 batting average, 12 home runs,  and 76 RBIs.  The twenty-four-year-old center fielder, who replaced Enos Slaughter in the St. Louis outfield, collected 17 of the 24 writers’ votes, winning easily over future Hall of Famers Ernie Banks and Hank Aaron. 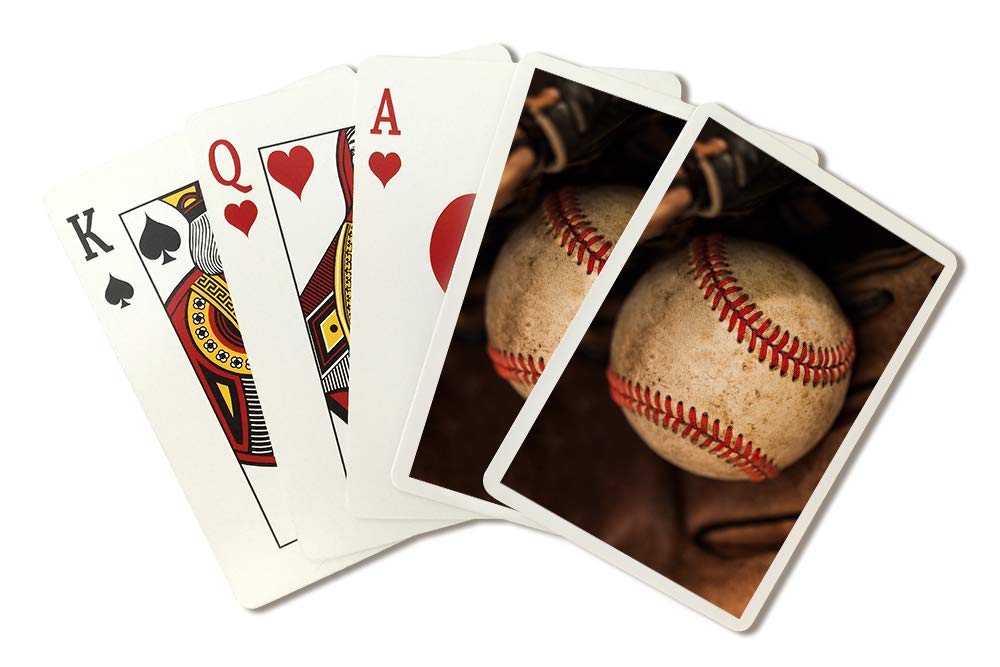 Robert Moses Grove was born to John and Emma Grove on Tuesday, March 6, 1900 in Lonaconing, Maryland. Following in the footsteps of his father and older brothers, Grove initially began a career working in the mines. He quit after two weeks, however, declaring, “Dad, I didn’t put that coal in here, and I hope I don’t have to take no more of her out.” From there, he drifted between other forms of work, including a “bobbin boy” working spinning spools to make silk thread, as an apprentice glass blower and needle etcher in a glass factory, and as a railroad worker laying rails and driving spikes.

When he was not working, Grove played a version of baseball using cork stoppers in wool socks wrapped in black tape as a ball, and fence pickets when bats were not available. He did not play an actual game of baseball until the age of seventeen, nor did he play organized baseball until nineteen when Dick Stakem, the proprietor of a general store in a neighboring town, recruited him to play in town games on a field located between a forest and train tracks.

Grove put on such a good performance as a pitcher, the manager of the B&O railroad wanted the teenager on his team, and hired him to clean cylinder heads of steam engines in Cumberland, Maryland. Grover never got the opportunity to play baseball with B&O, however. A local garage manager named Bill Louden also happened to manage the Martinsburg, West Virginia team of the Class D Blue Ridge League and offered Grove an astonishing $125 a month, a sum $50 more than his father and brothers were making.

Grove took a 30-day leave from his job, going 3-3 with 60 strikeouts in 59 innings for the Martinsburg team. Word of Grove’s performance reached Jack Dunn, owner of the International League (Double-A) Baltimore Orioles, and Dunn proceeded to buy Grove for a price somewhere between $3,000 and $3,500 from Louden.

Grove was twenty-five years old when he broke into the big leagues on April 14, 1925 with the Philadelphia Athletics. He had a rough rookie season, going 10-12 and leading the American League in both walks (131) and strikeouts (116). “Catching him was like catching bullets from a rifleman with bad aim,” Athletics catcher Mickey Cochrane commented years later.

His bad fortune would not last forever, though. Grove led the league in strikeouts the next five years and won twenty or more games for the next seven. In 1929, the A’s won the pennant. Connie Mack declined to start either Grove or Rube Walberg, another left-handed pitcher, in the World Series, but Grove made his mark in relief. Coming into Game Two in the fifth inning, he recorded six strikeouts, three hits, one walk and no runs allowed over 4 1/3 innings. Grove then pitched the last two innings of Game Four in relief as well. The A’s took the Series, four games to one over the Cubs, and Grove struck out ten batters in 6 1/3 innings.

In 1930, A’s went 102-52 to finish in first place, and Grove won the Triple Crown of pitching by leading the league in wins (28), strikeouts (209), and ERA (2.54). In the World Series, the A’s faced the St. Louis Cardinals, who had batted .314 as a team for the season. Grove won the opener, 5-2, throwing seventy strikes and a mere thirty-nine balls, striking out five and allowing nine hits. Grove then relieved George Earnshaw in the eighth inning of a scoreless Game Five and won it, 2-0, with the help of Jimmie Foxx’s two-run homer.

Grove finished the 1931 season 31-4 with an ERA of 2.06. He won his second straight Triple Crown with 175 strikeouts and was named the American League’s Most Valuable Player. The Athletics won the pennant again, finishing 13 1/2 games ahead of second-place New York. With a blister on one of his throwing fingers, Grove gave up twelve hits in the World Series opener, but he received good fielding support and won, 6-2. However, Grove allowed eleven hits and four earned runs in eight innings during Game Three, losing 5-2. Grove then won Game Five, 8-1, on five hits and one walk. However, the A’s lost the Series in seven games to the Cardinals.

Grove finished with a career record of 300-141, and his .680 lifetime winning percentage is eighth all-time. He was elected to the National Baseball Hall of Fame in 1947, his first year of eligibility.

Lefty Grove died in Norwalk, Ohio, on May 22, 1975 at the age of seventy-five and was buried in the Frostburg Memorial Cemetery in Frostburg, Maryland.

Just 60 days to go until pitchers and catchers report!

Pro-rated at 500 at-bats a year that means that for two years out of the fourteen I played, I never even touched the ball.

Grit your teeth or relax at the plate?  It depends on your hitting coach.

This day in baseball: Feller is the MLBPA’s first president

A major league player association was formed on December 11, 1956 with future Hall of Famer Bob Feller named its first president.  Feller held the position until 1959, when he was succeeded by Frank Scott.  This organization followed up many previous attempts to create a labor organization in Major League Baseball.  It would eventually become successful ten years later when Marvin Miller was hired to be the MLBPA’s first executive director in 1966.

Known as the “Friendly Confines,” Wrigley Field in Chicago, Illinois is Major League Baseball’s second oldest ballpark, behind only Boston’s Fenway Park.  The ballpark has been the host to many historic moments, from Babe Ruth’s called shot in 1932 to the 2016 World Series, in which the Cubs finally broke the 108-year-old championship curse.

Prior to moving into the ballpark now known as Wrigley, the Cubs played in West Side Park.  West Side was a double-decker park built with heavy timber, echoing the typical construction of baseball fields in the early twentieth century.  It was actually another baseball team altogether that played at the Friendly Confines in its inaugural season.

When it was first erected, Wrigley Field was originally dubbed Weeghman Field, named after Charles Weeghman.  The stadium was built for the Chi-Feds of the Federal League, also known as the Chicago Whales, who were owned by Mr. Weeghman.  The stadium was designed by architects Zachary T. and Charles G. Davis, who also designed the original Comiskey Park in 1910, and construction took place on Weeghman Field from March 5 (I’ve also seen as early as February and as late as March 14) through April 23, 1914, finishing up just in time for the Whales’ Opening Day.  The new ballpark only cost $250,000 to build.

When Weeghman Field was first built, it was just a one-level stadium — there was no upper deck — and it had a seating capacity of merely 14,000.  The original scoreboard was built in 1915, lasting until its replacement was erected in 1938.

William Wrigley, Jr., the chewing gum industrialist, was a partner with Weeghman with the Whales.  As the Federal League folded, and the Whales along with it, Wrigley and Weeghman were given the option to buy the Cubs in 1915, an opportunity they took.  They moved the Cubs from West Side Park to Weeghman Field, renaming the stadium “Cubs Park.”  The Cubs played their first game in their new home on April 20, 1916, beating the Cincinnati Reds in eleven innings.  By 1919, William Wrigley bought out Weeghman’s shares in the team, and in 1926, the park became known as “Wrigley Field.”

In 1921, the newly-formed Bears of the National Football League moved to Chicago.  The Bears managed to work out a deal with William Wrigley, through which they were able to play their games at Cubs Park/Wrigley Field as well.  This agreement served as one of the motivating factors for increasing the size and the capacity of the stadium.  Zachary Davis, one of the original architects in 1914, also designed the 1922 version of Wrigley Field.  Davis expanded the size of the field by moving the grandstands towards the street so that it could also accommodate American football games.  This meant that the Cubs’ playing field was moved about sixty feet southwest, and the seating capacity of the stadium grew to approximately 20,000.  The Bears played at Wrigley Field from 1921 to 1970.

In 1927 to 1928, the upper deck was added to the stadium’s grandstands.  The architectural firm Graham, Anderson, Probst & White designed this expansion, which increased the capacity of Wrigley Field to about 38,400.

Wrigley Field during the 1935 World Series

The outfield had some bleachers, though they proved insufficient whenever the Cubs made the World Series, which happened more often in those days.  Bleachers would be added using temporary scaffolding in these situations when additional seating proved necessary.  In 1937, however, the decision was made that it was time for permanent bleachers to be added to the outfield, a project taken on by the firm Holabird and Root.  This change boosted the stadium’s capacity to approximately 40,000.  Along with this, the Cubs’ famous hand-operated scoreboard was built, and the clock was added in 1941.  Also in 1937, the famous ivy was planted along the stadium’s outfield wall.

Minor changes were made to the stadium over the years.  Some features were added, other features were removed, but for the most part, Wrigley Field has remained largely the same since 1938.  The biggest change since that time took place in 1988.

A holdout from a bygone era, Wrigley Field was the last stadium in Major League Baseball to install a lighting system.  When the lights were installed, this was done so in a way that ensured the lights fit into the feel of the rest of the stadium, rather than trying to install a modern-style system on a century-old ballpark.  The Cubs’ first night game was played August 8, 1988, though it was cut short (ending after four innings) due to rain, getting postponed until the next day.

In 2006, the bleachers were expanded yet again.  This increased the capacity of the stadium to approximately 41,000 seats. Then, after the 2007 season, the entire field was removed and replaced with a new drainage system and a bluegrass playing field.

Following the 2014 season, a $575 million project, named the 1060 project, began at the ballpark, which essentially entails a complete overhaul of the facility. The project is expected to be completed in 2019 and includes a widening of the concourse to add more concessions, the addition of a 95-foot x 42-foot HD videoboard in left field, moving the bullpens to under the bleachers in left (Cubs) and right (visiting team) fields, and the west side entrance between Clark Street and Wrigley Field now features a new plaza known as the Park at Wrigley, which allows fans to gather before games and provides a new entry into the ballpark.

In 2004, Wrigley Field was named an official city landmark in Chicago, and a number of its features are now legally protected.  These features include all exterior elevations and roofs, the marquee sign at Clark and Addison Streets, the centerfield scoreboard, and the ballfield itself, including the brick wall and the famous ivy.  In the face of ballparks being demolished, including Comiskey Park, and new ones being built, the people of Chicago saw this as a way to protect their beloved Wrigley Field. Wrigley Field remains the only Federal League ballpark still in existence.

Talking to Yogi Berra about baseball is like talking to Homer about the gods.