Infographic: How much do Canadians love baseball?

This infographic baffles me in its sparseness. According to the Environics Analytics website, the graphic was created in light of the Toronto Blue Jays’ first playoff appearance in 22 years (going on to lose the 2015 ALCS to the Kansas City Royals). Compared to what appears to be less than 20% Canadian interest in the sport, a 2006 Gallup poll found that 47% of the U.S. public considers themselves to be baseball fans.

I haven’t been able to find a statistic revealing how many Canadians took the time to watch any of the 2015 playoffs, though attendance at the Rogers Centre was just under 50,000 for each of Games 3-5. Of course, Canadian attendance at Blue Jay games in 2020 was pretty much zero thanks to the pandemic and the Blue Jays getting kicked out of their own country for the season. 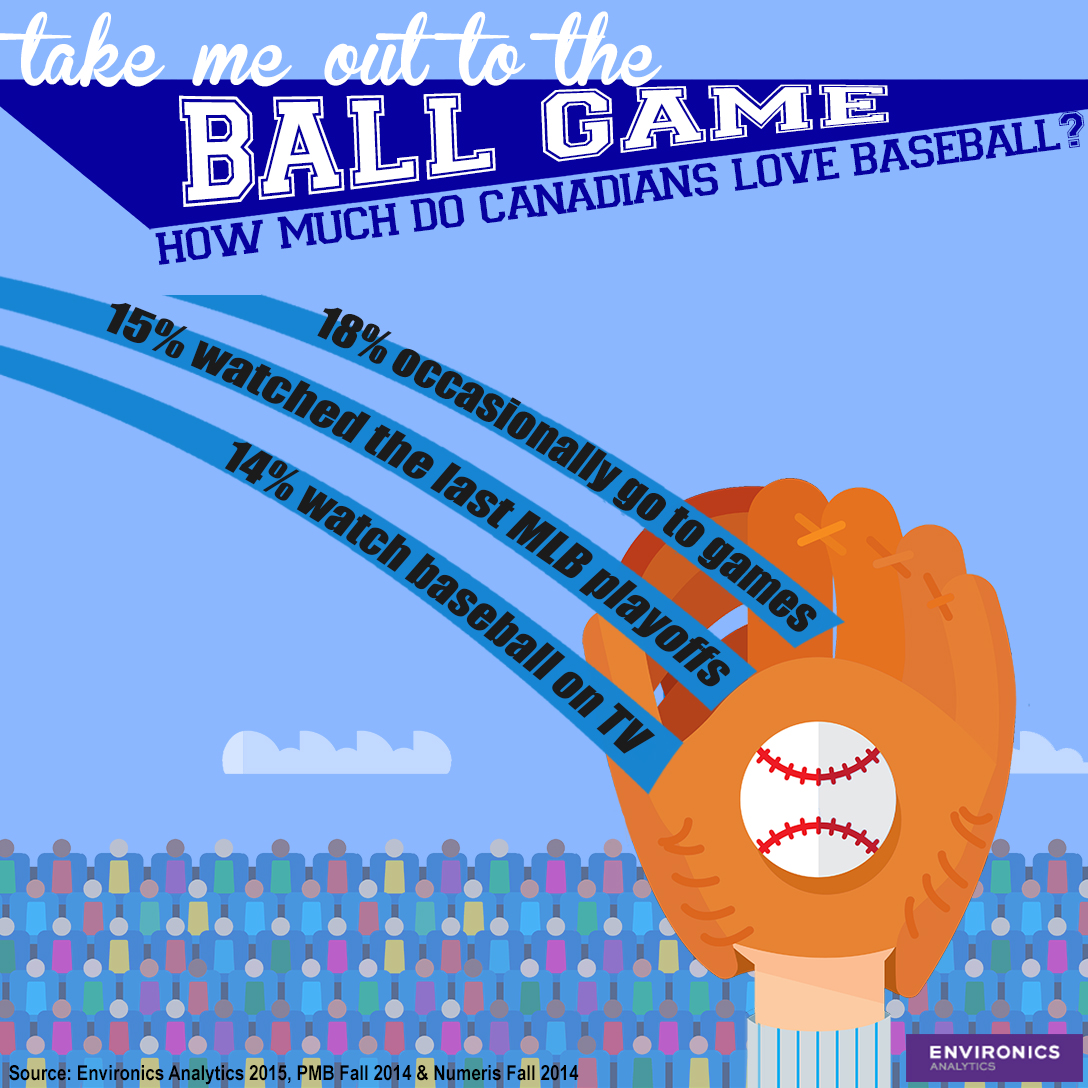