This day in baseball: Los Angeles Angels of Anaheim

In an attempt to make the team more appealing to a broader market, on January 3, 2005, the Anaheim Angels announced the franchise would henceforth be known as the Los Angeles Angels of Anaheim.  The idea was to imply that the Angels were from Southern California in general, and not just from Orange County.  The “of Anaheim” phrase was included to comply with the terms of a 1996 lease that called for the city to fund renovations to Anaheim Stadium, and required the team’s name to contain the name “Anaheim.”  The city of Anaheim filed an injunction seeking to immediately reverse the name change, but this proved unsuccessful, and the Angels began playing under the new name for the 2007 season. 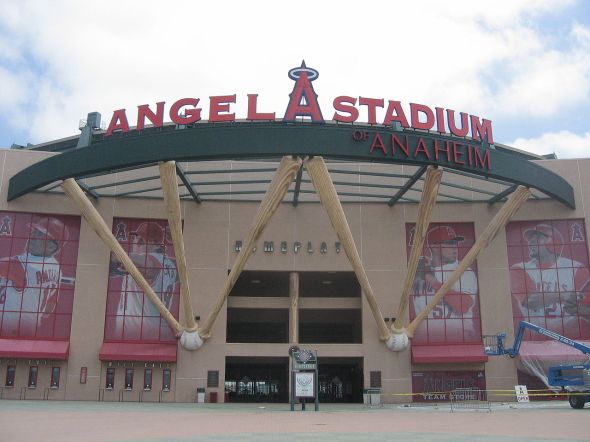 The sound quality and image selection on this won’t impress you, but I am still happy to present the Anaheim Angels version of Cashman’s “Talkin’ Baseball.”

It’s funny how, in one’s mind, a player can get associated with a particular team so solidly.  For example, I have always associated Nolan Ryan with the Texas Rangers (probably because that’s where he was playing by the time I was old enough to register the name and what it meant).  So hearing his name pop up in this song made my head turn, until I reminded myself that he, like most MLB players, did not play for a single team throughout his career.

Click here for the rest of the “Talkin’ Baseball” collection.