This day in baseball: Philadelphia A’s debut in the AL

To replace the three-man National Commission, formerly governed by league presidents Ban Johnson and John Heydler and Reds owner Garry Herrmann, Kenesaw Mountain Landis became baseball’s first commissioner on January 21, 1921. After expressing initial reluctance, Landis accepted the job in November 1920 for seven years at a salary of $50,000, on condition he could remain on the federal bench.

Landis opens the 1921 season (The Outlook) 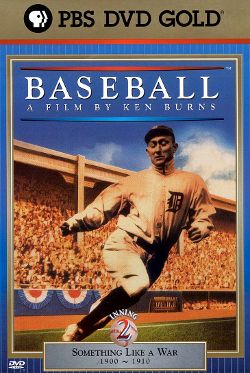 This day in baseball: And the winner is…

On March 25, 1910, Hugh Chalmers, president of Chalmers Motor Car Company in Detroit, announced that one of the company’s Model 30 automobiles would be awarded to the ballplayer with the highest batting average for the season.  On the last day of the season, however, Cleveland’s Nap Lajoie put down seven bunts, going 8-for-9 in a double header against a Browns infield that was intentionally playing deep.  The performance raised Lajoie’s average to .384, and Ty Cobb, who was also in the running for the batting title, complained about the circumstances to American League President Ban Johnson.  In the end, Chalmers awarded cars to both Lajoie and Cobb, and the true winner of the 1910 AL batting title remains disputed.