For the first time in history, on May 13, 1929, a major league game featured both teams wearing numbers on the backs of their jerseys.  The Indians played host to the Yankees at League Park in Cleveland, winning by a score of 4-3.  The digits would become a permanent fixture on each club’s ensemble.

Infographic: How to Dress to Play Baseball

This infographic is obviously intended more for amusement and sales promotion than anything else, but one might find some useful tips listed all the same.  What I’d really like to find is a graphic on how to dress as a baseball fan attending a game as a spectator.  I’ve seen Royals fans show up to a game against the White Sox in gray or black t-shirts — not that this is a crime, but it makes it confusing for anyone to know who you’re really rooting for.

When you turn on a Major League Baseball game, you can often tell within moments which team is the home team and which is the away team.  The common practice by teams in the MLB is to wear white (or mostly white) uniforms at home and to wear gray (or mostly gray) unis when on the road.

While this is a regular exercise now, baseball legend has it that this tradition began due to the fact that visiting teams had no access to laundry facilities, and so the players were not able to clean their uniforms. The darker uniforms, or the “road grays,” could conceal the dirt and grass stains better than white uniforms.

Not every team does this today, of course.  And given better access to laundry facilities, they don’t need to.  But it’s an interesting story and practice, all the same. 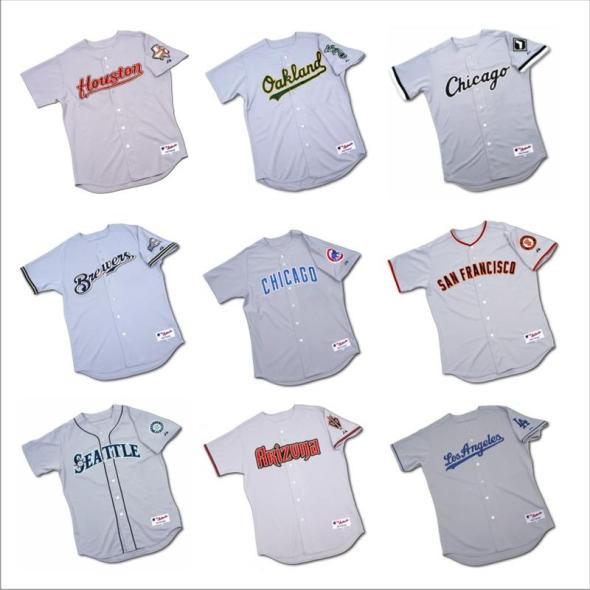 This day in baseball: Plaid is the new pinstripe

In a game against Philadelphia on April 12, 1916, the New York Giants debuted their new, purple plaid uniforms.  The Giants lost the game 5-4, and this fashion disaster ended when the season ended.