Here’s an interesting graphic from Business Insider showing the growing disparity in salaries between Major League Baseball’s highest paid players and the average player salary.  The average salary essentially doubled from 1988 to 2017, but that’s nothing compared to the drastic increase in the highest salaries.

This chart was published by Business Insider in September 2011, so you’ll want to add about six years to the ages of each ballpark listed below.  I’m sure there are also some ballpark changes that I’m not thinking of right off, so keep that in mind as well. 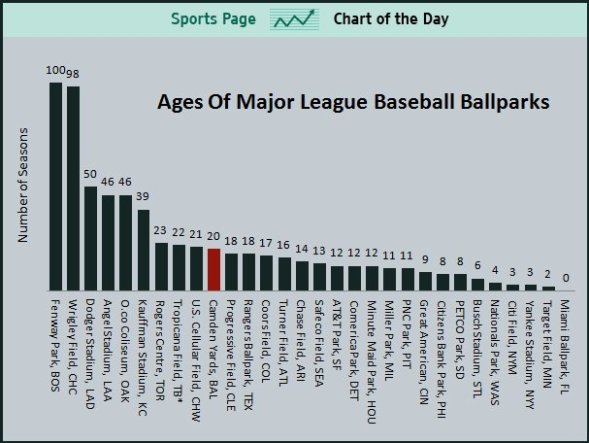