Cy Young pitched his final game on October 6, 1911 at the age of 44 years, 191 days. Unfortunately, Young’s final appearance did not prove fitting in light of the rest of his illustrious career. Young and the Braves lost to the Brooklyn Dodgers, 13-3. The game was the 906th of Cy Young’s career.

All us Youngs could throw. I used to kill squirrels with a stone when I was a kid, and my granddad once killed a turkey buzzard on the fly with a rock. 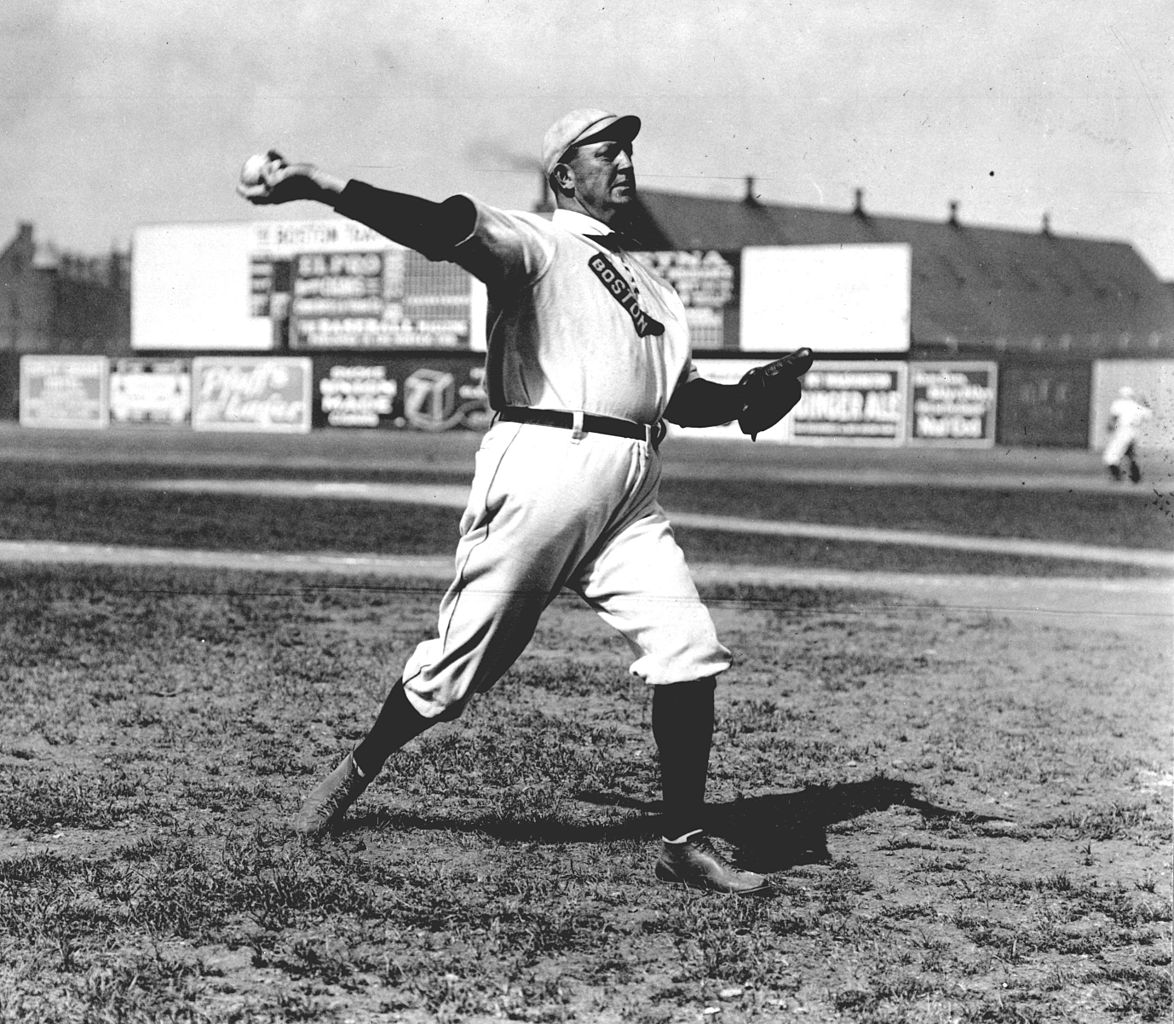 Opening of the Baseball Hall of Fame clips

This short video from the Baseball Hall of Fame is a few years old, but I love the fact that it includes brief snippets from the opening ceremony in June 1939.  In the video, you’ll hear a few words from1939 inductee Eddie Collins as well as from Commissioner Kenesaw Mountain Landis, 1937 inductee Cy Young, and 1936 inductee Babe Ruth.  Videos of many induction speeches from those early years have proven hard to find, so coming across this video feels like a positive step in the right direction.

In a game against the White Sox at Chicago’s South Side Park on July 1, 1902, Boston Americans pitcher Cy Young drove in the only run of the game.  Young’s shutout performance from the mound is his fourth consecutive complete game without allowing a run and is also the right-hander’s third 1-0 victory in nine days.

Cy Young pitched and recorded his 511th and final career victory on September 22, 1911, when he defeated the Pittsburgh Pirates.  Young kept the Pirates scoreless at Forbes Field, winning 1-0.   With a season record of 35-101, the Boston Rustlers won only three contests in 22 attempts against Pittsburgh during the 1911 season, with two of the victories coming as a result of shutouts thrown by the 44 year-old Cy Young.

The last minor league appearance of Cy Young’s career took place on July 25, 1890.  In the game against McKeesport (Pennsylvania), the 23-year-old Young threw a no-hitter, striking out 18 batters in the process. 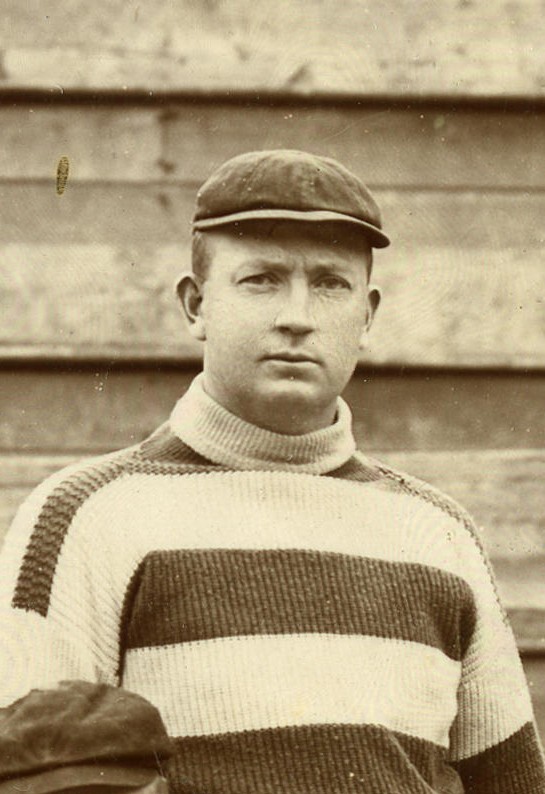 This day in baseball: The end of Cy Young’s no-hit streak

In 1904, Red Sox pitcher Cy Young pitched a streak of 23 innings of no-hit baseball, which ended that year on May 11th. The stretch started with two innings to close a game on April 25, then included six innings on April 30, a perfect game against the A’s on May 5, and six more innings on May 11 against the Detroit Tigers.

In our sun-down perambulations, of late, through the outer parts of Brooklyn, we have observed several parties of youngsters playing base, a certain game of ball…Let us go forth awhile, and get better air in our lungs. Let us leave our close rooms…the game of ball is glorious.  ~Walt Whitman

Thus begins the first disc of Baseball: A Film By Ken Burns.  This is a series that I’ve checked out from the library and started watching multiple times, yet never managed to finish.  In an effort to change this, I’ve decided to commit myself to writing about each “Inning” of the series here.  This way, I have a form of accountability to encourage me to get through the whole thing.

Approximately the first twenty minutes of the first disc serve as kind of a nostalgic, feel-good introduction to the series and the game.  Images of Babe Ruth, Christy Mathewson, Jackie Robinson, Ted Williams, and several others flash across the screen to a background of melodic music and various speakers ruminating about what an incredible game baseball is.

The First Inning then begins with the myth of baseball’s founding by Abner Doubleday.  Burns describes the story behind Doubleday’s supposed invention of the game, then immediately refutes it, asserting that Doubleday likely never even saw a professional game.  Baseball, rather, is most likely a direct descendant of two British sports: rounders and cricket.  The game went through multiple variations until the founding of the New York Knickerbockers and the codification of rules by Alexander Cartwright.  Henry Chadwick soon appears on the scene and becomes instantly enamored with baseball.  Chadwick went on to invent the box score, using statistics to track players’ performances.  The National Association of Base Ball Players was then formed to help maintain control over the sport and further codify the rules.

The outbreak of the American Civil War presented a disruption to organized baseball.  On the other hand, it also served to help spread the game’s popularity as soldiers returning home at the end of the war took knowledge of the sport with them.  In spite of the end of slavery, black teams found themselves banned from organized leagues.  Women and girls, also, struggled for the right to play ball, as it was deemed too violent and dangerous for the fairer sex.

Burns chronicles the evolution of baseball from its status as an amateur pastime to a professional sport — a business.  It is evident from his focus on the establishment of the reserve clause that Burns intends to delve into the subject further.  It only makes sense to do so, of course, given the impact that this clause would have on the occurrence of so many events throughout the game’s history.  Burns also puts some attention on gambling, which, as we know, would also impact baseball’s timeline of events.

The First Inning covers the development of the NL, the AA, the Players’ League, and the rise of Albert Spalding.  A number of players are introduced, including Cy Young, Cap Anson, King Kelly, and John McGraw.  We also meet Moses Fleetwood Walker and the bigotry he faced in the big leagues as a black player.  This, followed closely by a discussion of Branch Rickey’s early life, present a foreshadowing recognizable by anyone familiar with the game’s history.

Most histories I have seen covering this period in baseball seem to treat the game with a kind of veneration.  Personally, this is perhaps my favorite period in the game’s history to learn about, possibly in part due to this sense of awe that it brings out about baseball.  So much of what happens next has already been established, yet there is still something pure and clean about baseball during the 19th century.