Here is the theme song for the Detroit Tigers from 1968. It’s short and sweet, but very catchy. The creator of the video also inlcuded a bit of Tigers history into the video, including images of the team’s logos over the years, ballparks where the Tigers played, and championship teams.

A baseball manager is a necessary evil.

When I began playing the game, baseball was about as gentlemanly as a kick in the crotch.

Just give me 25 guys on the last year of their contracts; I’ll win a pennant every year.

This day in baseball: The Big Unit’s perfect game

This day in baseball: Garbey’s debut

On Opening Day in 1984, Tiger rookie Barbaro Garbey became the first Cuban refugee to play in Major League Baseball, having played in the Serie Nacional prior to defecting to the United States. Garbey grounded out in the seventh inning as a pinch-hitter for Dave Bergman, then would stay in the game. Garbey played first base in Detroit’s 8-1 defeat of Minnesota in the Metrodome.

Cobb: A Biography, by Al Stump

I recently finished making my way through Al Stump’s biography on Ty Cobb, simply titled Cobb: A Biography. I am aware of the criticism this book has received — Stump, it seems, went out of his way to cast Cobb in a less-than-flattering light, even embellishing or making up stories as he did so. Nevertheless, I found this biography intriguing. 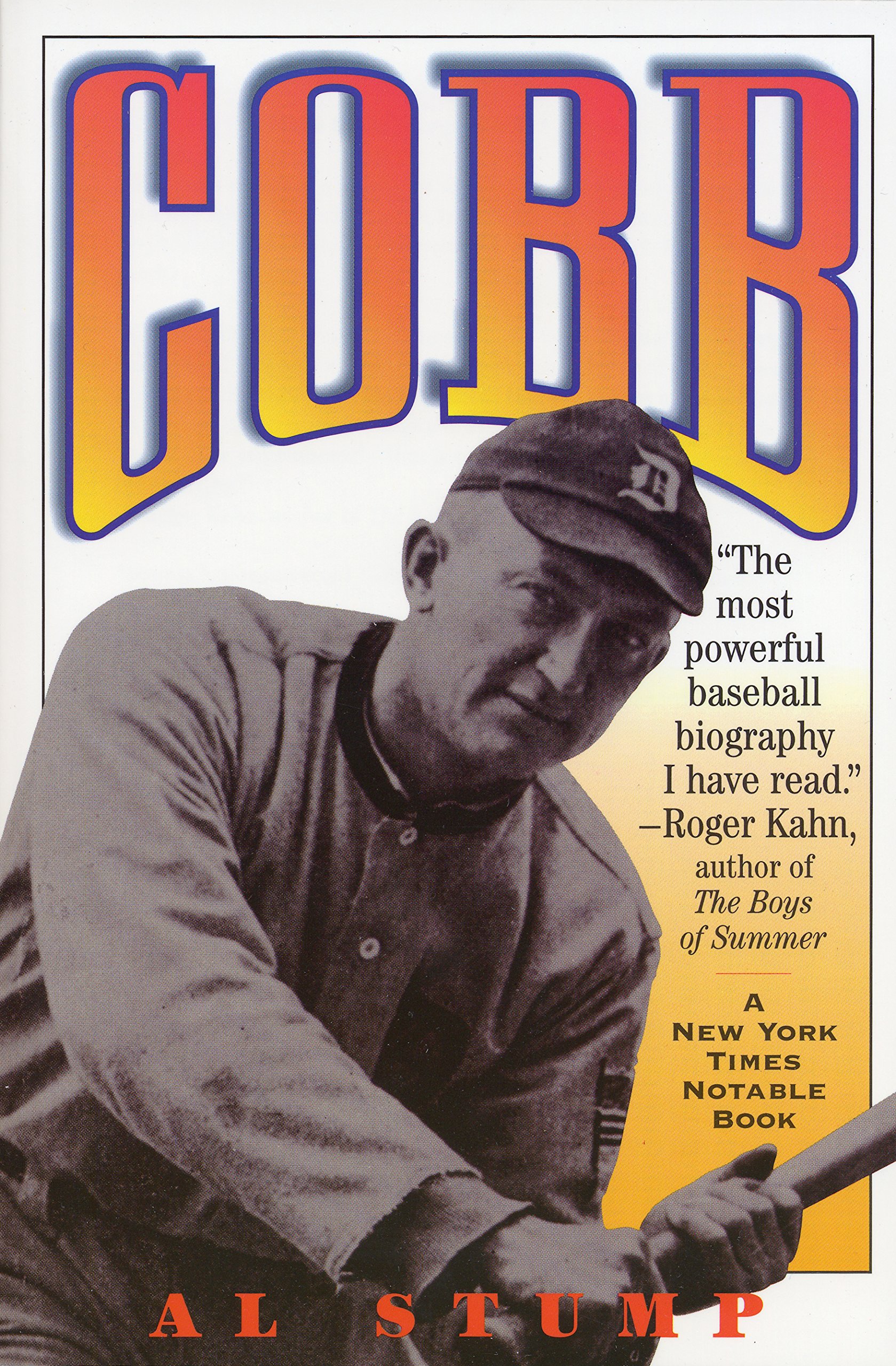 Al Stump had actually ghostwritten Ty Cobb’s autobiography, My Life in Baseball: The True Record. According to Stump, Cobb was far from being an easy individual to get along with, and there seems to be a consensus that Cobb’s autobiography had been sanitized considerably in order to paint Cobb in a better light. Stump claimed that his motivation for writing this biography after Cobb’s death was to share his own perception of the Georgia Peach. That being said, while it is widely-accepted that Cobb had many faults, this book reads like a revenge. In fact, the original title of this book, when it was first published in 1994, was Cobb: The Life and Times of the Meanest Man in Baseball. The current title actually belongs to a reworked and expanded edition of the book, published in 1996 after Stump’s death.

As a man, Stump paints Cobb as extremely combative, impossible to please, and unreasonably demanding. Clearly, Cobb’s life was a tortured one, what with the strange circumstances surrounding his father’s death when Cobb was still a young man, and his displeasure with the hand dealt him came out in his racism and in how he treated his own wife and children. On the other hand, Cobb the baseball player had an unmatched work ethic, demanding the best of himself as well as of those who played around him. Stump put a lot of focus also on the rivalry between Cobb and Babe Ruth, but in spite of the animosity between the two men, I also sensed a grudging respect between the two. In addition, Stump spent a lot of time exploring Cobb’s business ventures, investments, and his talent for making money.

As a reader, I confess to enjoying the journey through this book. The character of Cobb, as depicted in these pages, is a fascinating one. And while many of the stories in said pages have been discredited, no doubt their presence in the book is part of what makes it so fascinating. I have yet to read Cobb’s original autobiography, and while I’m at it, Charles Leerhsen’s 2016 biography, Ty Cobb: A Terrible Beauty, is also on the to-read list. It seems to me that one simply cannot read one without also delving into the other two — at least, not if one wants a truly well-rounded picture of the great Ty Cobb.

The members of Soundgarden readily admit that this song isn’t really about Ty Cobb at all, but rather, the song was written with myriad difficult individuals in mind. The lyrics still fit what we know about Cobb’s delightful personality, however, especially the repetition of the line, “Hard headed f— you all,” throughout the song. I don’t imagine Cobb would have cared for this genre of music, though I can easily imagine him jumping into the stands to go after a fan with this tune playing in the background.

I grew up in a home where the radio was permanently set on WJR; I thought George-Kell-and-Ernie-Harwell was one word.  I’d fall asleep listening to my parents discussing the merits and flaws of various Detroit players, and by the time I was twelve I wanted one of my own, a Tiger, my very own player to root for and adore.  In 1962, my goals in life were to be the first woman governor of Michigan and to marry Rocky Colavito.