This has to be the cheesiest documentary I have ever watched, but that characteristic actually made it pretty fun.  As you’ll see, the cheese just oozes right from the intro, which I imagine is due in part to the era in which the film was made, while Ryan was still playing ball.  (Seeing a young George W. Bush with dark hair was a little trippy, but not in an intentional way by the filmmakers.)  Nevertheless, this video provides a great look at Ryan’s impressive career.

Here’s a delightful little documentary about the Polo Grounds.  I’ve always loved the metaphor of a baseball stadium as a church or cathedral.  I feel the same way about Kauffman Stadium every time I attend a Royals game.

It’s always a shame when stadiums like this get torn down.  I understand that progress sometimes dictates the need for such things, but so much history gets lost in the process, too.

While this is far from a comprehensive collection of “lost” teams in baseball history, this short clip provides an interesting look at the St. Louis Browns, Boston Braves, and Philadelphia Athletics.  Being the number two team in your own city is never an easy position to overcome.

Here’s a documentary on Joe DiMaggio by ESPN that aired in 1999 as part of the SportsCentury series.  It’s obviously an abbreviated documentary, not going into a lot of depth, but it is still certainly worth a watch.

Over the weekend, I watched the latest movie iteration of It, and it prompted my curiosity to do a search of the phrase “baseball horror.”  I didn’t actually expect to find much, but much to my surprise, I found this little documentary (if you can call it that) that ALTER released earlier this year.

To be honest, I cannot say that I’m a particularly big fan of this short little spoof, though it does put forth a weirdly interesting theory.  The video proposes that the death of Ray Chapman as a result of being beaned in the head by Carl Mays was actually a form of occult human sacrifice.  The payoff of the sacrifice?  The rise of the New York Yankees as a baseball empire.

While I do agree with the video’s assertion that baseball can be a form of religion for some folks, the whole occult/human sacrifice bit seems a bit far-fetched to me.  But, here, you can judge for yourself. 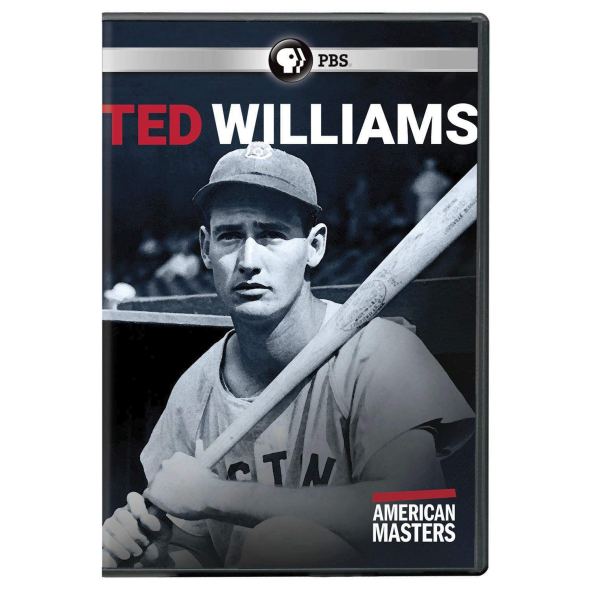 I managed to watch PBS’s documentary on Ted Williams last night: American Masters – Ted Williams: “The Greatest Hitter Who Ever Lived.”  I found the documentary fascinating, even learning a couple things along the way.

The episode opens with Ted Williams’s return to civilian life after the Korean War.  After seriously considering spending the rest of his life fishing after the war, Williams opted to return to baseball.  Ted Williams, the documentary shows, was so obsessed with baseball, and especially with hitting, that his obsession permeated all aspects of his life.  He also was infamous for his temper, often getting into it with reporters and refusing to tip his cap.  These things combined made him, at times, a difficult man to get along with, even within his family.

The episode covered, briefly, some details of Williams’s youth, including his strained relationship with his parents.  It also touches on many of the things you would expect a Ted Williams documentary to cover, including the 1941 season, his service in two wars, comparisons between him and Joe DiMaggio, and the final season — and at-bat — of his career.

Something I learned — which I was glad about, as I’m always happy to learn new things — was that Ted Williams was also quite the fisherman.  According to the documentary, Williams is in two fishing halls of fame (which halls of fame was either not mentioned or I missed it).  He was so meticulously detailed about this hobby that he would cut fish open to see what they ate in order to create baits that mimicked those foods.  He would then keep a log to determine what worked and what did not work.  It was the same kind of obsession and attention to detail that contributed to his success as a hitter.

The documentary includes interviews with Williams’s daughter, Claudia, and other family members, as well as with various baseball personalities: writers, historians, broadcasters, and former and current players.  If there is a shortcoming, it is that the documentary seems to bounce around quite a bit, which made it feel somewhat scattered.  I think part of this was due to the brevity of the show.  One hour is hardly long enough to go into any real depth regarding any one man’s life, especially a man like Ted Williams.

Ted Williams: “The Greatest Hitter Who Ever Lived” on PBS

I have had a couple of people share this with me, and it certainly seems worth sharing here.  This coming Monday, July 23rd, PBS will be playing a documentary about Ted Williams.  The film is part of the American Masters series being featured by PBS and is scheduled to air at 8 pm Central time on Monday.  It looks fascinating, and I am looking forward to watching it.

The preview trailer is below, and more information about the documentary can be found here.