This day in baseball: Commissioner Hoover?

The post of Commissioner of Baseball was offered to J. Edgar Hoover in March of 1951. However, in spite of being a fan of the game, the director of the Federal Bureau of Investigation turned down the job.  Several owners had been dissatisfied with the direction of Commissioner A.B. “Happy” Chandler and hoped Hoover would bring the type of leadership they were looking for.  Hoover opted, instead, to stay with the FBI until his death in 1972.  Chandler would remain baseball commissioner until July 1951, and was eventually replaced by Ford Frick. 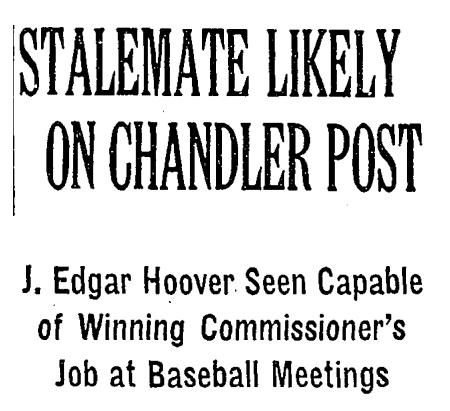 This day in baseball: Connie Mack vs. Clark Griffith

Eighty-four-year-old Philadelphia Athletics manager Connie Mack challenged Clark Griffith, the seventy-eight-year-old owner of the Senators, to a race from third base to home plate, to take place prior to an exhibition game on April 4, 1948.  An ambulance drove the two competitors, as well as a doctor and two nurses, to the starting line.  Commissioner Happy Chandler officiated the race and Senators coach Nick Altrock fired the starting gun.  The race ended in a close tie, or as Commissioner Chandler described it, “a dead heat.” 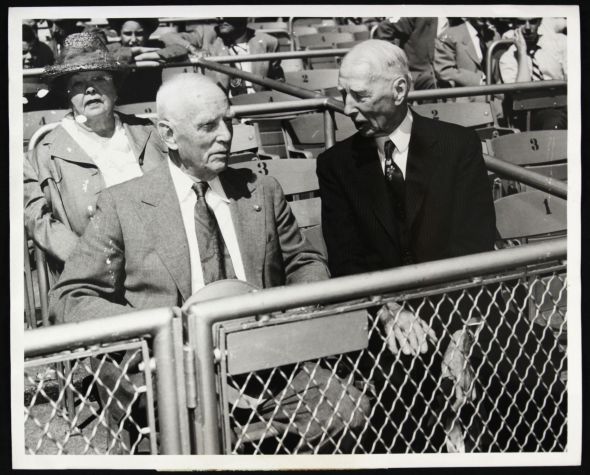