Origins of the seventh inning stretch

I occasionally go on binges of television shows that I never watched when they were actually airing on television (for one example, see my posts here about various episodes of the Simpsons).  My parents didn’t condone a lot of TV-watching as I grew up, and as an adult, I don’t bother with wasting money on cable or even Netflix.  However, I do have a library card, and many public libraries have vast collections of DVDs, including television series.  This has afforded me the opportunity to do a tiny bit of catching up on some shows.

My current TV show project, The West Wing, has thoroughly captured my interest and attention.  As of this writing, I am about halfway through the third season of the series, and in the first minutes of episode 15, “Hartsfield’s Landing,” C.J. Cregg makes mention during a press briefing of the origins of the seventh inning stretch.  Stretch time, she informs reporters, was founded by President William Howard Taft.  Naturally this caught my attention, so I had to do a little poking around to find out whether this was true. 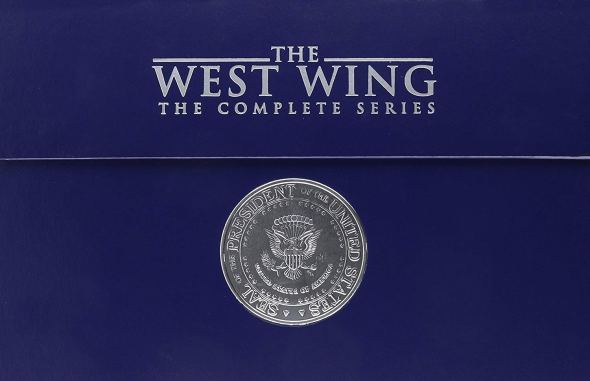 It seems the actual origins of the seventh inning have faded with time, but the story of President Taft does circulate.  According to the story, during a game he attended on April 4, 1910, the obese Taft stood up during the seventh inning to stretch his legs and find some respite from sitting in the small, wooden chair.  When other fans at the ballgame saw Taft stand, they also stood in a gesture of respect for the commander-in-chief.

Another possibility for the tradition’s origins dates back to 1869.  According to an article in the New York Herald, following a particularly long second inning of a game between the Cincinnati Red Stockings and the Brooklyn Eagles, the entire crowd at the park simply stood up to stretch.  Actual stretch time, of course, then was moved to later in the game.

A third story, this one also dating back to 1869, comes from a letter written by Harry Wright of the Cincinnati Red Stockings.  According to Wright, “The spectators all arise between halves of the seventh inning, extend their legs and arms and sometimes walk about. In so doing they enjoy the relief afforded by relaxation from a long posture upon hard benches.”

Today, of course, stretch time comes with singing the chorus of Jack Norworth’s “Take Me Out to the Ballgame,” as well as an end to alcohol sales for that game. Whatever the actual origins of the seventh inning stretch, there seems to be no doubt that it was borne out of a need for fans to take a break from the long period of sitting.