Pitcher Jim Bouton passed away yesterday at the age of 80.  Bouton, as many are aware, was the author of Ball Four, a baseball memoir that exposed the behind-the-scenes world of professional baseball.  The memoir stirred up no small amount of indignation in the baseball world, and yet is now considered one of the most important sports books ever written.

Bouton passed away at his home in Massachusetts following a long battle with a brain disease called cerebral amyloid angiopathy. 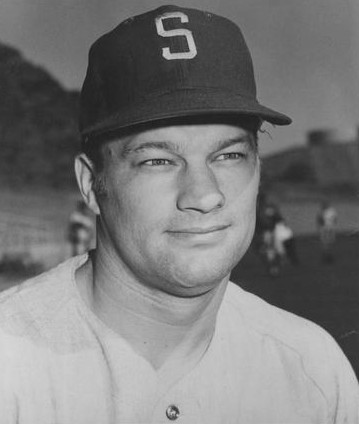 This day in baseball: Palmer’s debut

Orioles pitcher Jim Palmer, aged nineteen, made his Major League debut on May 16, 1965 when he came on in relief to pitch 3.2 innings. The O’s defeated the Yankees, 7-2, and Palmer recorded his first major league win. To top it all off, Palmer also managed to hit a two-run home run off Yankees starting pitcher Jim Bouton in the fourth inning. Palmer would finish the season with a 5-4 record.

On the recommendation of–well–several sources, I finally sat down and read Ball Four.  Written by former Major League pitcher Jim Bouton, Ball Four shook the sports world upon its publication in 1970.  Not only did it expose the not-so-admirable underbelly of the world of Major League Baseball, it revealed to fans of the game that professional ballplayers are far from perfect or superhuman.

Written in a diary format, the book details Bouton’s thoughts and observations as he journeyed through the 1969 season.  And he doesn’t hold back.  Through Bouton’s eyes, we discover the licentious nature of many ballplayers, the contrived nature of integration between black and white players at the time, the less-than-amiable relationships between players and managers, and the fickleness of a club’s attitudes on player performance.  We learn about the anxiety players feel over the possibility of being traded, sent to the minors, or released.  We also get to peer into a world of drug use, heavy drinking (particularly embodied by Bouton’s depiction of Mickey Mantle), and the condescending treatment of players by owners before the time of free agency.

In exploring the baseball world through his eyes, we learn a lot about Bouton himself as well.  He discusses his mentality as a pitcher, particularly as a knuckleball pitcher, and his own personal takes on a variety of people and situations.  Furthermore, we learn about Bouton’s personal life: about his marriage, his children, and his concerns about life after baseball.

All in all, I can see how this book created waves throughout the world of sports, and particularly in baseball.  Up to this point, the idea of baseball as a “gentleman’s game” had been largely maintained, even in spite of events such as the Black Sox scandal in 1919.  Mickey Mantle’s drinking had never received exposure in the press prior to Ball Four’s publication, and team management had always managed to protect its reputation as taking care of its players.  Not only did Bouton expose the truth behind such things, he changed the rules regarding what a writer could and could not write about the game.  Suddenly, virtually everything became fair game to a sports writer.

I must confess, at various points, while reading the book, I found myself thinking, “Okay, I get the point.  How many more pages do I have?”  It only takes a few chapters to get a “feel” for the book and the types of things that made it shocking.  In retrospect, it’s easy for me, more than forty years later, to have this attitude about a book that really seems quite tame by today’s standards.  Had I read it in the early 1970s, however, I have no doubt that my perception would have been drastically different.  Like most fans who read it in the 1970s, I would have held onto every word, amazed by the secrets revealed in the book’s pages.  One might even argue that Ball Four’s very existence made it possible for me to experience this kind of insensitivity to its more radical contents in the first place. In that sense, even today, we continue to experience the impact of this narrative on our views of the game.

I got to thinking about some basic differences in the two games for the players. Baseball players play so many games it’s impossible to get emotionally high for any one of them. Football players get all gung-ho in the locker room. . . . If a baseball player got that emotional, he’d go out swinging hard–and miss. I think baseball is more of a skill sport than any other. Hitting is the single most difficult feat in sports. Second most difficult is preventing hitting.

Baseball players are smarter than football players. How often do you see a baseball team penalized for too many men on the field?