This day in baseball: Evers suspended

After swearing at umpire Mal Eason on September 10, 1914, Braves shortstop Johnny Evers wound up with a three-day suspension from baseball. Evers, however, insisted that he had been talking to the ball and not the umpire.

This day in baseball: No-hitter switch-up

On May 1, 1906, Brooklyn pitcher Mal Eason had been on the losing end of a no-hitter against Johnny Lush of the Philadelphia Phillies.  Then, on July 20th of that same season, Mal Eason managed to hurl a no-hitter of his own, this time finding himself on the victorious side of a 2-0 game agains the St. Louis Cardinals. 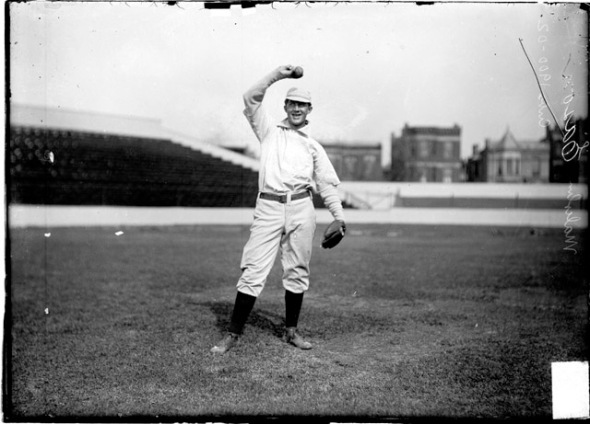