This day in baseball: Welch wins 300

Pitcher Mickey Welch of the New York Giants reached the 300-victory milestone on July 28, 1890, making him the third pitcher in baseball history to reach the mark.  Welch defeated Pittsburgh 4-2 that day, and would go on to record seven more victories before retiring from the game. 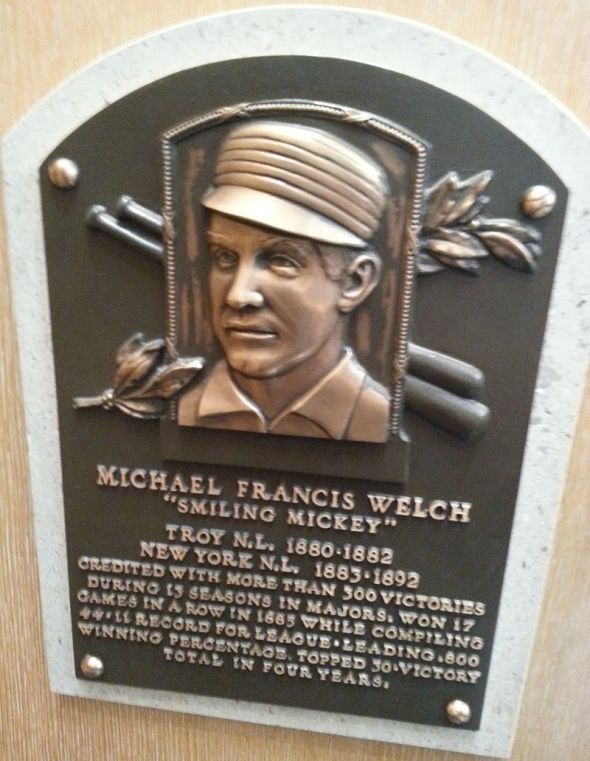 This day in baseball: The first pinch hitter

The first pinch hitter in Major League history made his historic plate appearance on August 10, 1889 against the Hoosiers in Indianapolis.  Mickey Welch of the New York Giants would strike out in this at-bat, but the Giants still went on to win the game, 9-6.  Welch went on to become a 300-game winner as a pitcher.