This day in baseball: Bumpus Jones throws a no-hitter

Charles “Bumpus” Jones of the Cincinnati Reds threw a no-hitter in his first major league appearance on October 15, 1892, which also happened to be the last day of the season. Jones’s performance came against the Pittsburgh Pirates, as the Reds were victorious, 7–1. Jones gave up four walks in the outing, and an error led to an unearned run to prevent a shutout. Nevertheless, Jones became the first major league rookie to throw a no-hitter.

If you don’t play to win, why keep score?

On September 20, 1907 at Exposition Park, Pittsburgh pitcher Nick Maddox tossed a no-hitter against the Brooklyn Superbas (Dodgers) to win, 2-1. At the age of 20 years and ten months, the Pirates hurler was the youngest pitcher and only the second rookie to throw a no-hitter. Maddox’s feat would also be the last no-hitter thrown by a Pittsburgh pitcher until 1951, when Cliff Chambers threw one against the Braves.

Today is Roberto Clemente Day in Major League Baseball. Roberto Clemente was the first player from Latin America inducted into the National Baseball Hall of Fame, but he is also remembered as a selfless humanitarian. When Clemente passed away on December 31, 1972, he was aboard a cargo plane that crashed on its way to Nicaragua. The plane had been carrying crucial supplies to the survivors of an earthquake in the area.

Roberto Clemente Day coincides with the start of Hispanic Heritage Month in the United States, and on this day, MLB takes the opportunity to remember both Clemente’s altruism and his prowess as a baseball player. The Roberto Clemente Award, which is awarded annually, recognizes players who exemplify good character, community involvement, philanthropy, and positive contributions, both on and off the field.

The list of nominees for the 2021 Roberto Clemente Award can be found here. 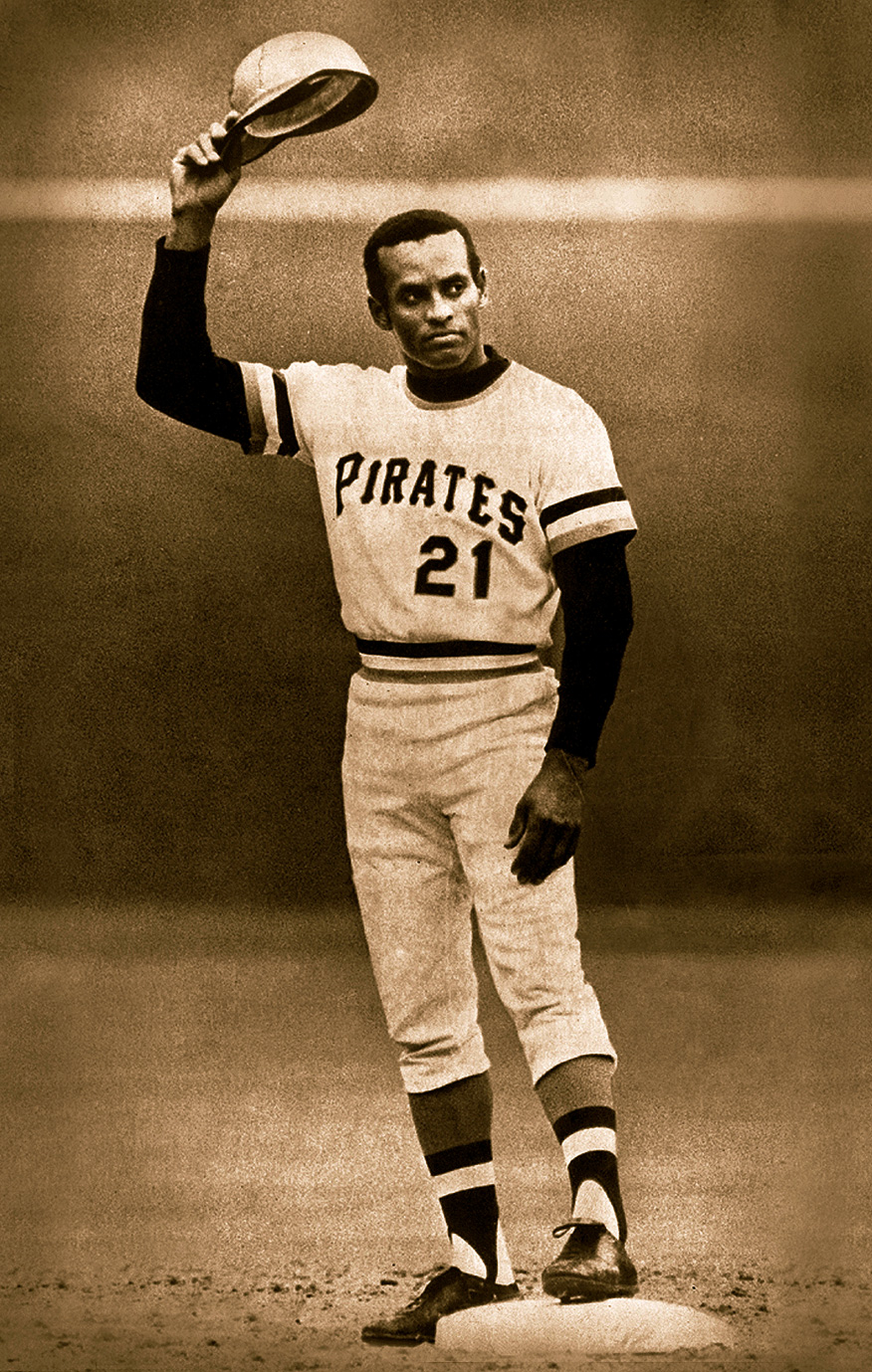 This day in baseball: Waner turns down his 3,000th hit

On June 17, 1942, Braves right fielder Paul Waner stood on first base during the second game of a double-header against the Cincinnati Reds and gestured at the official scorer not to credit him with a hit. Waner had just reached base on a ground ball in the hole that was knocked down by Reds shortstop Eddie Joost.

Waner had entered the game at Braves Field batting just .263 for the year, but he was nearing a major milestone — his 3,000th career hit. When the ground ball knocked down by Joost was initially scored a hit, Waner grew furious. “No, no. Don’t give me a hit on that. I won’t take it,” he yelled. Waner didn’t want a questionable roller to be his historic 3,000th hit.

Jerry Moore, who was acting as official scorer for the game, relented, and he changed the scoring on the play to an error by Joost. (I haven’t been able to find anything depicting Joost’s reaction to this decision, however.)

Two days later, against the Pittsburgh Pirates, Waner laced an RBI single off Rip Sewell, his former teammate on the Pirates. In doing so, he became just the seventh player in major league history to hit the 3,000 mark. 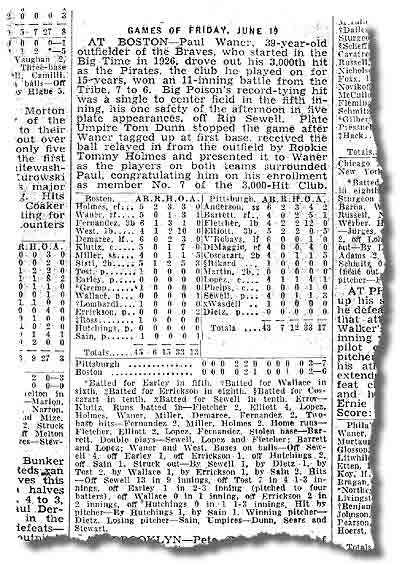 The youngest player in MLB history to hit a home run was Tommy Brown of the Dodgers, who accomplished the feat on August 20, 1945. Brown was 17 years, eight months, and 14 days old on the day of the blast. The Brooklyn shortstop started his career as a 16-year-old high school student, and his homer proved to be the only run Brooklyn would score that day off the Pirates lefty, Preacher Roe. Roe pitched a complete game in the 11-1 rout of the Dodgers at Ebbets Field. 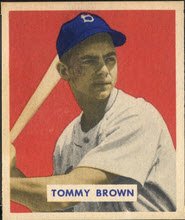 Cy Young pitched and recorded his 511th and final career victory on September 22, 1911, when he defeated the Pittsburgh Pirates.  Young kept the Pirates scoreless at Forbes Field, winning 1-0.   With a season record of 35-101, the Boston Rustlers won only three contests in 22 attempts against Pittsburgh during the 1911 season, with two of the victories coming as a result of shutouts thrown by the 44 year-old Cy Young. 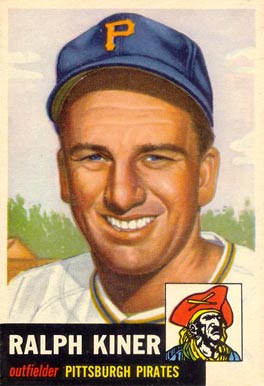