“If you build it, he will come”

Last night, I re-watched one of the best baseball movies of all time: Field of Dreams.  Released in 1989, Field of Dreams tells the story of a baseball fanatic-turned-farmer who plows under his own corn field at the bidding of a mysterious, whispering voice.  In spite of the insistence of fellow townsfolk that his actions are nothing short of lunacy, Ray Kinsella believes that the voice is real, and that his actions will ultimately produce results that will more than make up for the financial strain his family faces as a result of plowing under his own crops.  And it is this belief in the impossible that not only forms the crux of the story, but draws the attention and inspires awe in those who watch it.

In addition to enjoying the movie itself, last night I took the time to watch the special features included on the two-DVD set.  The actors of the movie (Kevin Costner, James Earl Jones, Ray Liotta, etc.) and the director (Phil Alden Robinson) discuss their experiences with the filming of the movie.  The way they all describe it, even the making of the movie was magical, and it wasn’t just because it features a superstar cast.  The scenes within the movie–the story, the environment in which the movie was filmed–it all coalesced into one magical work of art.

And we get to experience the results of that experience, that hard work and that magic, through this film.  For some, Field of Dreams brings back childhood memories of playing catch in the backyard with one’s father.  For others, it is a testament to the magic and influence of the game of baseball.  And even for those who have little or no interest in the game itself, this movie resonates as an ode to that spirit within all of us that yearns to break away from the norm in pursuit of something bigger than ourselves. 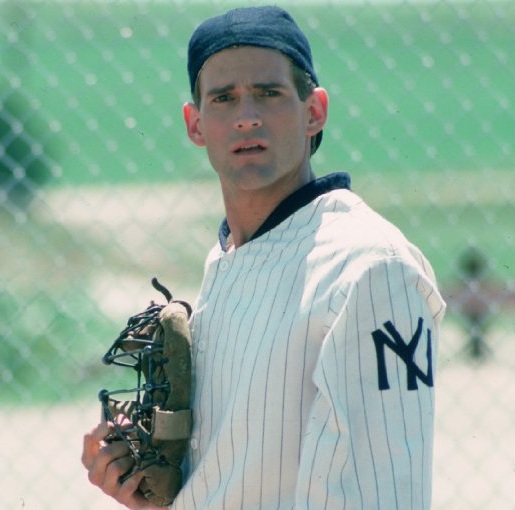 Field of Dreams consists of many moments that give me the chills, even after a hundred viewings of the movie.  That first whisper of, “If you build it, he will come.”  The initial arrival of Shoeless Joe Jackson on the newly built baseball field.  The inexplicable appearance of Dr. Archibald “Moonlight” Graham on the dark, damp streets of Boston.  Watching Ray Kinsella have a catch with his father, thus washing away years of resentment and pain.  Terence Mann’s “people will come” speech towards the end, arguably one of James Earl Jones’s most memorable performances.

More than anything, Field of Dreams is a movie about redemption and fulfillment.  Redemption for the likes of Ray Kinsella, who is able to start over with his father, and for Shoeless Joe Jackson, who finally can play baseball without the Black Sox scandal hanging over him.  Meanwhile, author Terence Mann comes out of reclusion and finds a reason to write again, and Moonlight Graham fulfills a lifelong dream of facing a big league pitcher.  It’s a movie that reminds us that we can all find redemption, for ourselves and for others, if only we are willing to take the steps, however crazy or impossible they might seem.

For a virtual tour of the Field of Dreams in Dyersville, Iowa, click here.