Baseball is coming back

Players, owners, teams, the league… all the moving parts of the MLB universe have finally come together, and we are, at last, going to see some baseball for the 2020 season!

Major League Baseball is having a second Spring Training (or should we call it “Summer Training” at this point?) to begin in about a week’s time, on July 1st.  Then, we will be looking at a 60-game regular season, to be played over the course of about 66 days, from about July 23rd or 24th until September 27th.  The postseason will begin on September 29th, with the World Series to begin on October 20th, and a potential Game 7 to be played on October 28th.

With the COVID-19 pandemic still in full swing, access to games is going to be limited, of course.  No fans in the stands is going to seem a bit weird, but so long as we can watch games from the comfort of our living rooms, that seems like a minor concession at this point.  There will be a regimen of temperature checks and symptom checks, as well routine tests for the virus, not just among players, but also coaches, trainers, staff, etc.  Players who are high-risk or who have family members at high risk have the option to opt out for the season and still get paid.  Media interactions with the teams, meanwhile, will all take place through Zoom, in order to adhere to social distancing recommendations.

On the field, spitting will be banned, which makes perfect sense given the nature of how the virus spreads.  Non-playing players in the dugout will be required to wear masks.  Pitchers will bring their own rosin bags and will even be permitted to carry a wet rag in their back pocket so they won’t need to lick their fingers (does anyone else sniff a potential for some doctoring on this one?).  Social distancing, in general, remains strongly encouraged.

How well will this all work?  Obviously, it’s difficult to tell until things really get underway.  The potential for a widespread outbreak remains very real — just look at what happened among the Phillies last week — and for all we know, the season might end abruptly after the first thirty days.

Information about this new development is still coming, even as I write this.  This strange, strange season just keeps getting stranger, and while I’m happy that we’re going to see some ballgames, half of me is intensely curious about how long it’s really going to last.

We grew up in Columbus, Ohio.  In a neighborhood where most children grew up Lutheran or Methodist, we grew up Baseball.  It is a way of life that is as whimsical and superstitious as any other religion. 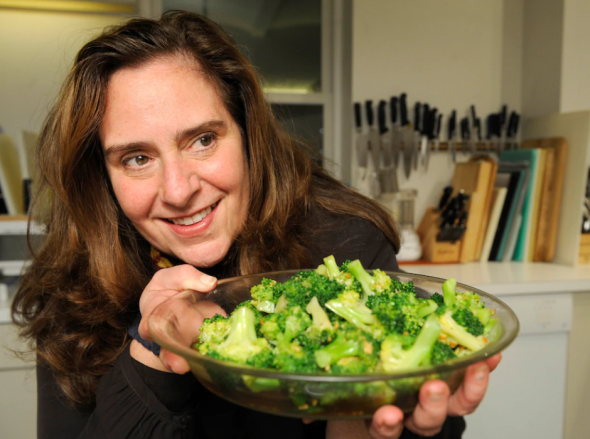 Learning to swing a bat: A brief note for Father’s Day

My dad was the first person to show me how to swing a baseball bat.  I believe we were still living in San Diego at the time, and we were spending the day at the park as a family.  My younger brother had received a yellow plastic bat with a white plastic ball for Christmas (or was it for his birthday?), and we now stood on a rough little baseball field at said park.   The grass in the outfield shone a rich green, with a few weeds scattered in, and the backstop consisted of a chain link fence and nothing more.  There were no dugouts, no bleachers, no bases.  I can’t remember whether my mom or my brother stood at the makeshift mound to do the pitching (underhand, of course), but my dad positioned himself at home plate with me.

I am right-handed, so Dad showed me which side of the plate to stand as a righty.  And when I cocked the bat with my left hand on top, Dad explained to me that I needed to switch my grip — right hand over left.  He taught me to keep my back elbow up and he showed me how to step into the pitch with my front foot.  I don’t think I had much success in making contact with any of the pitches that came my way that day.  Or, if I did, I didn’t manage to do anything impressive enough to be worth remembering.  That part doesn’t matter, though.  Dad’s lesson stuck with me through backyard baseball with my brothers and through the occasional schoolyard game.  When I started Little League a few years later, I already knew the fundamentals of how to grip the bat at the plate, and some of the other kids starting out didn’t have a clue.  It gave me a boost of confidence as I embarked on learning the sport, and confidence is key when one is so young.

My dad has taught me so many other things besides how to swing a bat, of course.  When I was very young, Dad created a clock with moveable hands out of pink and blue construction paper, and over the course of many evenings, he patiently taught me how to tell time.  As a teenager, Dad taught me how to drive.  I know how to change a tire, how to check the air pressure, and how check the dipstick in my car.  I know how to do a proper pushup, how to run a lawnmower, and how to perform standard maintenance on that lawnmower.  I even know that when you assemble a piece of furniture, you shouldn’t completely tighten all the screws until the very end.  There are so many other things beyond the items listed here that Dad has taught me (and continues to teach me), and I am forever grateful for it.  Because, even as an adult, having an idea of how to do these kinds of things is a real confidence booster.

“Ode to the Mets,” The Strokes

I was a big fan of The Strokes through my time in college and grad school, but I haven’t paid much attention to them in recent years.  So my thanks goes out to Jackie, a.k.a. The Baseball Bloggess, for sharing this gem with me!

The lyrics of this song look back at the band’s career and their history in New York City, where they grew up together. The title of the song, of course, references the New York Mets, whom lead singer Julian Casablancas calls the team of his youth. Casablancas wrote the song after the Mets lost Game 7 of the 2016 NL Wild Card to the San Francisco Giants — a loss that exacerbated the frustrations of fans of a team that has not won a World Series since 1986. The band views the name as symbolic, with the Mets representing something that you set your heart on, but that continues to disappoint.

This has to be the cheesiest documentary I have ever watched, but that characteristic actually made it pretty fun.  As you’ll see, the cheese just oozes right from the intro, which I imagine is due in part to the era in which the film was made, while Ryan was still playing ball.  (Seeing a young George W. Bush with dark hair was a little trippy, but not in an intentional way by the filmmakers.)  Nevertheless, this video provides a great look at Ryan’s impressive career.

For in this linkage between the generations rests the magic of baseball, a game that has defied the ravages of modern life, a game that is still played today by the same basic rules and at the same pace as it was played one hundred years ago.  There is something deeply satisfying in the knowledge of this continuity. 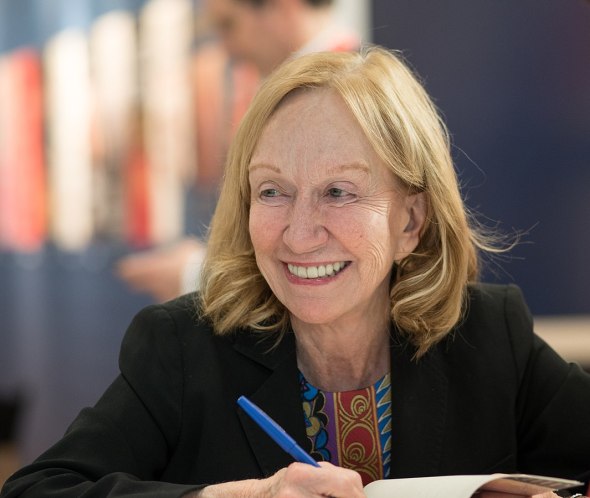 Here’s a handy little guide for identifying pitches while watching a ballgame.  I like how each pitch is depicted from two different angles.  Additional descriptive information about each pitch can be found at the graphic creator’s website here. 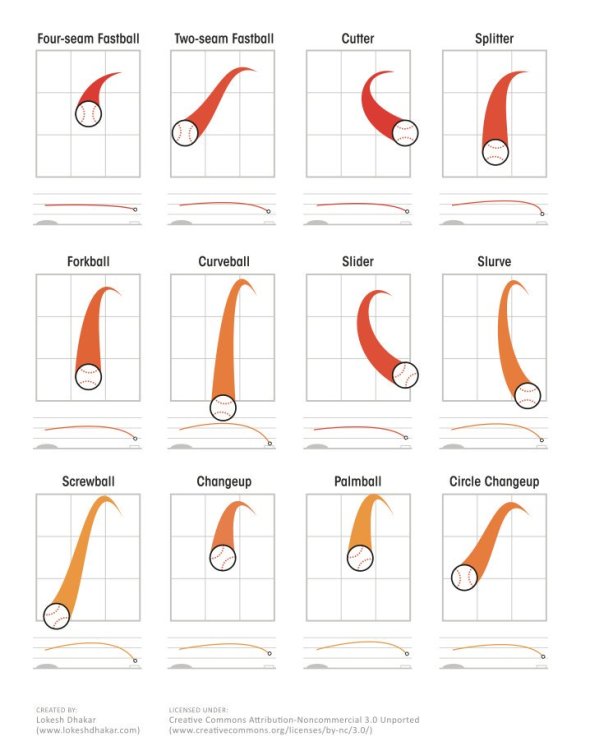 I confess, the lyrics to this tune are pretty trippy, though I suppose that’s to be expected, coming from a group called Echo & The Bunnymen.  Nevertheless, I really like it!  There’s something very catchy about the song that makes it just stick with you.

This day in baseball: Rhoden starts as DH

On June 11, 1988, New York Yankees manager Billy Martin decided to use starting pitcher Rick Rhoden as the Yankees’ starting designated hitter. Rhoden went 0–1 with an RBI on a sacrifice fly in his lone plate appearance, batting seventh in the lineup. He was the first pitcher to start a game at DH since the American League’s adoption of the DH rule in 1973. José Cruz would later pinch hit for Rhoden as the Yankees went on to an 8–6 victory over the Baltimore Orioles.

If you weren’t around in those times, I don’t think you could appreciate what a figure the Babe was.  He was bigger than the President. 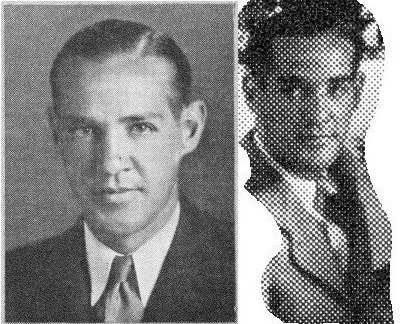