I knew if I walked him and he felt good, he’d steal second. And if he felt really good, he’d steal third. That would be like throwing a triple. So I gave him a low fastball, and he hit a home run. 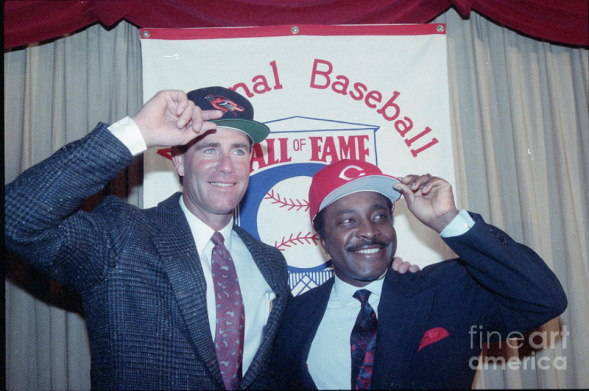 This day in baseball: Palmer’s debut

Orioles pitcher Jim Palmer, aged nineteen, made his Major League debut on May 16, 1965 when he came on in relief to pitch 3.2 innings. The O’s defeated the Yankees, 7-2, and Palmer recorded his first major league win. To top it all off, Palmer also managed to hit a two-run home run off Yankees starting pitcher Jim Bouton in the fourth inning. Palmer would finish the season with a 5-4 record.

I hate the cursed Oriole fundamentals… I’ve been doing them since 1964. I do them in my sleep. I hate spring training.

This day in baseball: Palmer awarded the Cy Young

On November 5, 1976, for the second consecutive season (and third ever), Orioles pitcher Jim Palmer won the Cy Young Award.  In the voting cast by the Baseball Writers Association of America (BBWAA), Palmer won 19 of 24 first place votes.  That season, Palmer finished with a record of 22-13, a 2.51 ERA, and an average of 4.5 strikeouts per nine innings. 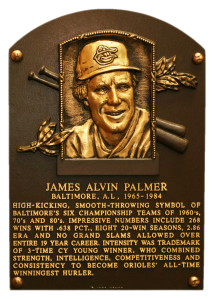