Here is an interesting advertisement I came across in the online photo archives for the Library of Congress. The advertisement is for “Sure Catch” sticky fly paper, and it is estimated that this advertisement came out between 1853 and 1898, which would have been during that era when baseball was really beginning to develop and grow in popularity in America. 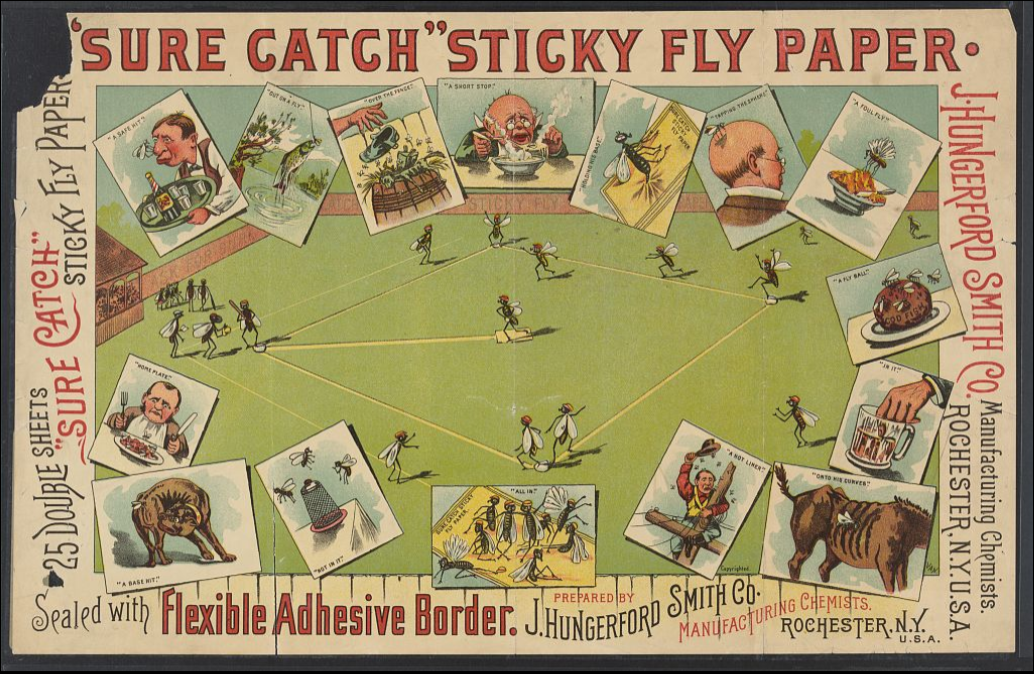 It’s a clever little advertisement, for sure, and I find some of the inset illustrations rather amusing. It makes me wonder if this sticky paper was as good as the fly paper my dad used to hang in the garage while I was growing up.

Infographic: The Cost of A Season Without Spectators

The infographic below was created by Statista back in March, estimating the potential losses MLB teams would be facing if they were to play an 82-game season in front of no live fans.  For an 82-game season, each team in the league would be facing an average loss of $640,000 per game.  The infographic shows estimated total losses for the top eight teams as a result of the shortened season and spectator-less games.  The total loss for the MLB was estimated to come in around $4 billion.

Fast forward to the current arrangement, with a 60-game season, and these dollar amounts are no doubt looking even more ominous than the ones in the graphic.  As much as we all hate that money is such a big part of professional sports, it’s no wonder there was so much of a push to get a season, any season, underway to recoup some of these losses.

However, as I’ve mentioned before, with the coronavirus continuing to spread around the country at such a rapid rate, it’ll be interesting to see if the league even makes it all the way through the planned 60-game schedule.

“The Spirit of Opening Day,” by Greg Shea

Technically a couple days late, but I would argue it’s still early enough for this to count.  I stumbled across this piece last night.  It’s full of baseball metaphors being applied to business.  Apparently in 2014, Pirates manager Clint Hurdle shared this poem with Pirates staff on Opening Day that year.  That day, the Pirates won 1-0 in ten innings over the Cubs.

Today you’ll dig in the closet for your glove and snap a ball into it while sipping your morning coffee.

Today you’ll drive to work and admonish yourself to “keep your head down” and your eye on the road.

Today your team will be in first and planning to stay there. Today you’ll wonder about developing and selling tobacco-flavored toothpaste, as you spit into the sink.

Today you’ll still be able to turn the double play.

Today you won’t lose a business deal in the sun. Today you’ll find yourself rotating your arm around your head to stretch the shoulder and keep it loose.

Today sunflower seeds strangely find their way into your back pocket.

Today you’ll think of wearing a black suit to match the eye black.

Today you slip up in a meeting and mention “our sales team vs. lefties.”

Today as the toast comes out of the toaster, you’ll still remember how to execute a perfect “pop-up” slide.

Today a hot dog and peanuts for lunch will sound about right.

Today you tell a co-worker to “get loose.”

Today the only strike you’ll know about is above the knees and below the armpits.

Today you’ll wear your jacket only on your pitching arm.

Today you’ll buy two packs of gum and stuff them in the side of your mouth to look like a player.

Today, during lunch, you’ll wonder why Coke doesn’t come in a wood can.

Today you’ll scratch yourself and spit for no apparent reason.

Today you’ll wonder why stirrup socks never caught on as a fashion rage.

Today you’ll be the rookie looking to make it big.

Today you’ll be the wily vet with just a little something left.

Today you’ll look for the AM dial on your radio.

Today dad’s in the backyard with his glove.

Today will be hopeful.

Today you’ll be a kid.

The Yankees Entertainment and Sports Network (YES) made its debut on March 19, 2002.  As a team-owned network, YES would carry Yankees ball games as well as New Jersey Nets NBA games.

This is more of a business-geared infographic, but it very much applies to baseball.  I confess there have been times when the primary reason I’ve decided to go to a ballgame was due to the freebie being offered to the first 10,000 fans (or whatever the limit is for that night).  I have more than one Royals shirt that I received from going to a T-Shirt Tuesday game.  I think it’s safe to say that we don’t need a study to tell us promotional items rarely fail to lure folks in. 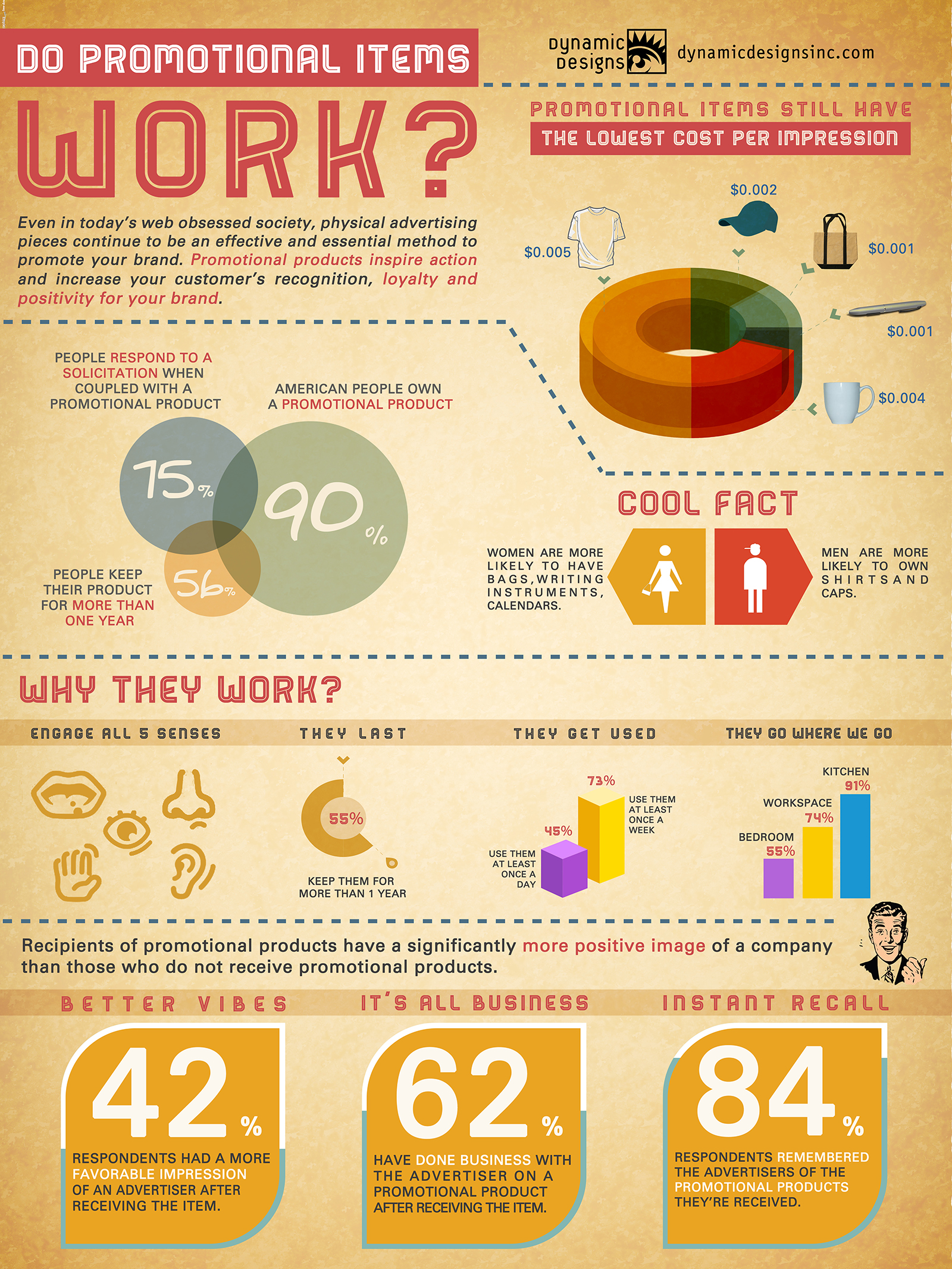 This day in baseball: Rheingold Beer

The Brooklyn-based plant for Rheingold Beer was forced to close on January 5, 1974 due to heavy financial losses. As a result, the brewery was also forced to end its position as the primary radio-TV sponsor for the New York Mets. Rheingold as a whole shut down operations in 1976, when they found themselves unable to compete with the large national breweries. 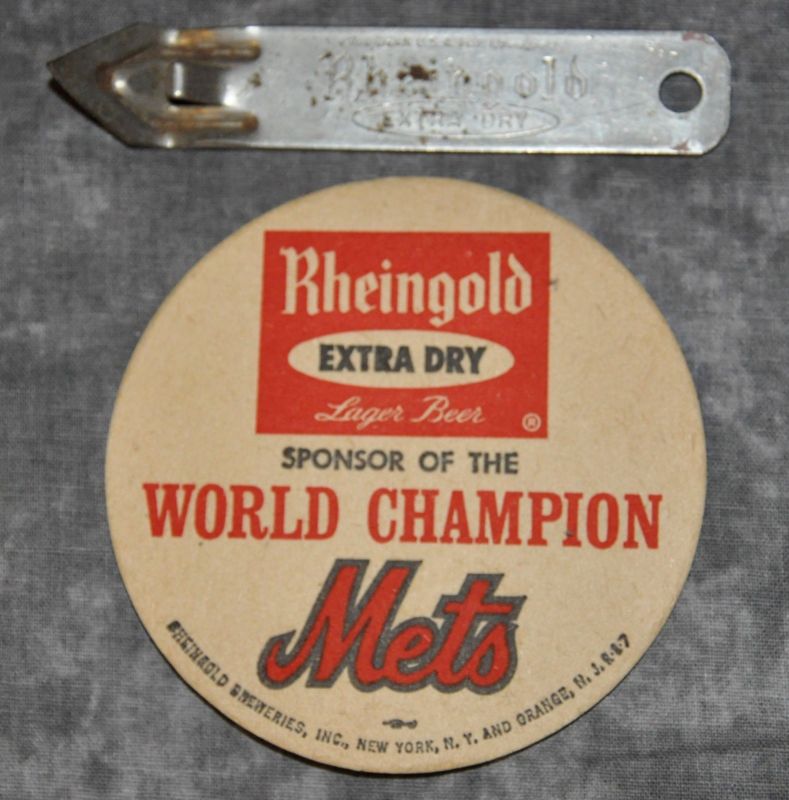 On February 7, 1949, Joe DiMaggio signed a contract with the Yankees for $100,000.  It was the first six-figure contract ever in the major leagues.

This day in baseball: The founding of Spalding sporting goods 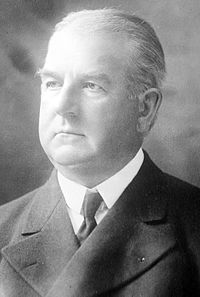