Today marks twenty-four years since Cal Ripken, Jr. set a new major league record by playing in his 2,131st consecutive baseball game (September 6, 1995), breaking the record previously held by Lou Gehrig.  In honor of the anniversary, the Baltimore Sun published a piece that features clips from a long list of rap songs (over 50 total) that mention Ripken in them.  I don’t often think of rap when I think of baseball, but I suppose when you make a mark like the one Cal made, rappers are going to notice you.

Check out the piece here.

A lot of people think I had such a rosy career, but I wanted to identify that one of the things that helps you have a long career is learning how to deal with adversity, how to get past it. Once I learned how to get through that, other things didn’t seem so hard.

This day in baseball: Ripken is Rookie of the Year

Orioles infielder Cal Ripken, Jr. was awarded the American League Rookie of the Year on November 24, 1982.  Ripken’s consecutive game streak had already begun at this point, sitting at 118 games at this point. 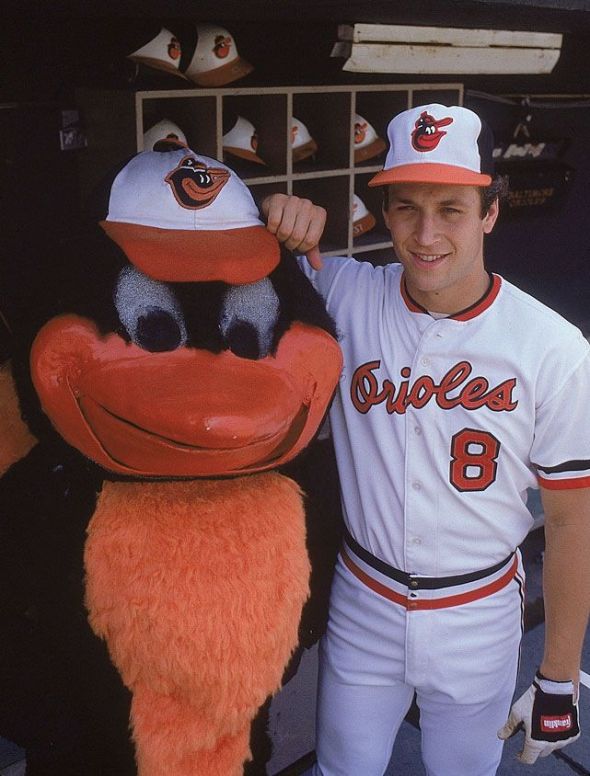 When you’re in the day-to-day grind, it just seems like it’s another step along the way. But I find joy in the actual process, the journey, the work. It’s not the end event.

Whether your name is Gehrig or Ripken, DiMaggio or Robinson, or that of some youngster who picks up his bat or puts on his glove, you are challenged by the game of baseball to do your very best day in and day out. That’s all I’ve ever tried to do.

Clearing the Bases, by Gene A. Budig

Gene Budig is a former American League President.  He’s also a former chancellor of the University of Kansas, where I happen to work.  Budig’s tenure as chancellor happened before my time at KU, but when his book Clearing the Bases came out, it was made available to employees of the university.  A few weeks ago, a lady I work with came across a long-forgotten stack of the book, and knowing that I am a baseball fan, offered one to me.

Clearing the Bases: Nine Who Did It with Grit and Class offers biographical sketches of nine individuals who had an impact on the game of baseball.  The book discusses Cal Ripken, Jr., Bobby Brown, George Brett, Joe Torre, Bob Feller, Mike Ilitch, Marty Springstead, Bill Madden, and Frank Robinson.  Budig gives information about their backgrounds, their careers, and their accomplishments.  Furthermore, Budig knew each of these individuals personally and offers his own candid insights into their character and impact.

Perhaps my favorite part about these biographies, however, is that they also make mention of community contributions that each of these men have made.  Bobby Brown, for example, went to medical school and became a cardiologist.  Joe Torre and his wife created the Joe Torre Safe at Home Foundation, and he campaigns against any type of domestic abuse.  Bob Feller served for four years in the United States Navy, right as he would’ve been in his prime as a baseball player.

Furthermore, Budig doesn’t talk merely about baseball players.  He includes figures who have impacted the game in other ways.  Marty Springstead was an umpire.  Michael Ilitch owns the Detroit Tigers, the Detroit Red Wings, and founded Little Caesar’s Pizza.  Bill Madden is a sportswriter.

This book is a fast read, too.  I made my way through it in one afternoon and enjoyed every minute of it.  Budig’s writing style is engaging and certainly not the over-complicated rhetoric that one often sees with academics.  It appears there was a second edition of the book released a couple years after this one, titled Swinging For the Fences.  I do not know whether there are any significant differences between that edition and Clearing the Bases.  So far as I have been able to tell from what I’ve seen online, they appear to be the same book.  That would be another title to watch for, if you are considering giving this one a read.

Browsing the young adult section of the library last week, I came across Super-Sized Slugger, by Cal Ripken, Jr. (with Kevin Cowherd).  I had a vague awareness that Ripken had broken onto the young adult author scene, though I never made a point to explore his novels.  Even though Ripken is, hands down, my favorite player of all time, a lot of my hesitation in checking out his novels has been due to the byline-plus-“With [actual writer]” line.  I imagine that even novels like these are written a la Players’ Tribune articles, in which the athlete gives an interview and has final approval, but does not actually do the writing.  That’s not to say that no athlete ever does any of his or her own writing ever, but it’s difficult to tell in these cases.

Coming face-to-face with a copy of this particular novel, however, I felt compelled to check it out and give it a read.  Super-Sized Slugger is actually the second book in the Cal Ripken, Jr.’s All Stars series, though it appears that each book is written to stand on its own.  To date, the series comprises of six books, the most recent of which was published this past March.

In Super-Sized Slugger, Cody Parker’s family has just moved from Milwaukee to Baltimore, where he tries out to play third base for the Orioles in the Babe Ruth League.  Even though he knows he plays a mean third base, he worries that his weight will prompt the coach to stick him in right field, and “[e]veryone knew … right field was for fat guys.  And slow guys.  And guys with thick glasses and big ears and bad haircuts” (3).  To compound his worries, the kid who started at third base the year before, Dante Rizzo, also happens to be the school bully, who warns Cody that he needs to find another position.

Nevertheless, Cody beats out Dante for the starting third base job, which incites Dante to terrorize Cody every opportunity he gets.  Meanwhile, a string of thefts sweeps through the school, and Cody’s life becomes more complicated when he finds himself the prime suspect in the crime wave.

The summary on the inside of the book jacket concludes with the query, “Will Cody ever succeed in getting people to see him for who he really is?”  Really, there aren’t a lot of surprises to be found in this novel.  For me to state that yes, Cody successfully resolves his issues with Dante, and that yes, the true culprit behind the thefts is uncovered in the end — it’s really not much of a spoiler.  The novel was written with an audience of eight-to-twelve-year-olds in mind, and the plot works very well for that age group.

That’s not to knock on the book, by any means.  Even if the plot proves predictable, I love the fact that this book, with a protagonist of such strong character, is out there for kids to read.  It’s also a well-written baseball book.  The influence of a former Major Leaguer’s input on the book shines throughout, and Ripken’s specific influence comes through in details about Baltimore and in the fact that Cody plays third base.  His knowledge of the position and the game as a whole makes it truly enjoyable to a fan of the game.  If all you’re looking for is a little bit of baseball mind candy, this book serves that purpose perfectly.

The longest game in the history of professional baseball took place in 1981 between the Pawtucket Red Sox and the Rochester Red Wings, two teams from the Triple-A International League.  The game lasted 33 innings and went on for a total of 8 hours and 25 minutes.  Played at McCoy Stadium in Pawtucket, Rhode Island, the first 32 innings of the contest were played April 18th and 19th.  The final inning of the game was played on June 23, 1981.  Pawtucket won the game, 3–2.

A pair of future Hall of Famers took part in this marathon competition.  Cal Ripken, Jr. batted 2–for–13 while playing third base for Rochester.  (The following year, Ripken would be named Rookie of the Year in the American League.)  Meanwhile, Wade Boggs played third base for Pawtucket, going 4–for–12 with a double and an RBI.

You can find some interesting numbers from the game here, and the official box score can be found here. 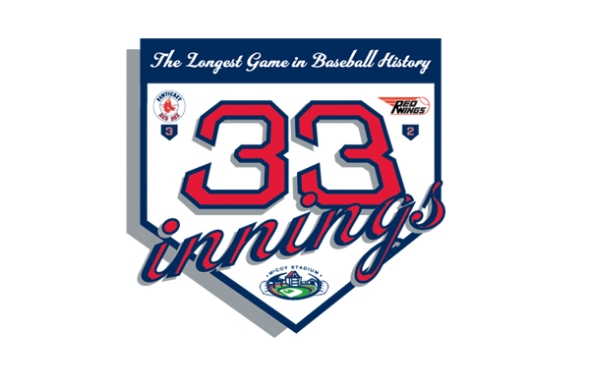 You could be a kid for as long as you want when you play baseball.

Baseball’s Iron Man was inducted into the Hall of Fame in 2007.  While I feel like he spent a lot of his induction speech discussing his new endeavors with Ripken Baseball, I also feel like he made a lot of good points about the relationship between life and baseball too.