Now the game is all different.  All power and lively balls and short fences and home runs.  But not in the old days.  I led the National League in home runs in 1901, and do you know how many I hit?  Sixteen.  That was a helluva lot for those days. 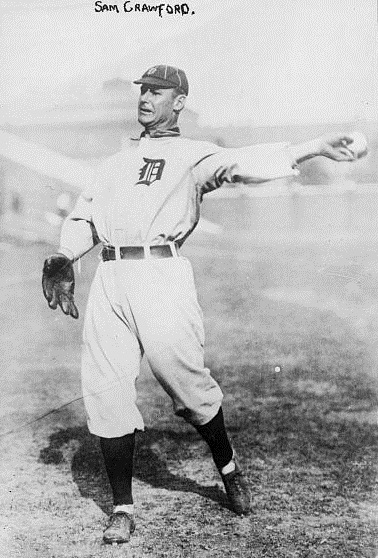 This day in baseball: Walsh’s no-hitter

Chicago pitcher Ed Walsh, Sr. no-hit the Red Sox, 5-0, on August 27, 1911 at Comiskey Park.  Walsh was particularly known for his use of the spitball.  According to Hall of Famer Sam Crawford: “Big Ed Walsh. Great big, strong, good-looking fellow. He threw a spitball. I think that ball disintegrated on the way to the plate, and the catcher put it back together again. I swear, when it went past the plate, it was just the spit went by.” 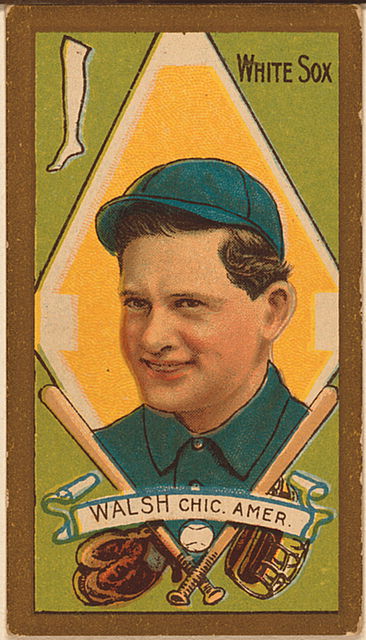 Here’s another great infographic depicting record holders for the most career singles, doubles, triples, home runs, and grand slams — as of 2009.  The one out-of-date piece of information on here is in the grand slam category, as Alex Rodriguez passed Gehrig’s record in 2013 with his 24th career grand slam. 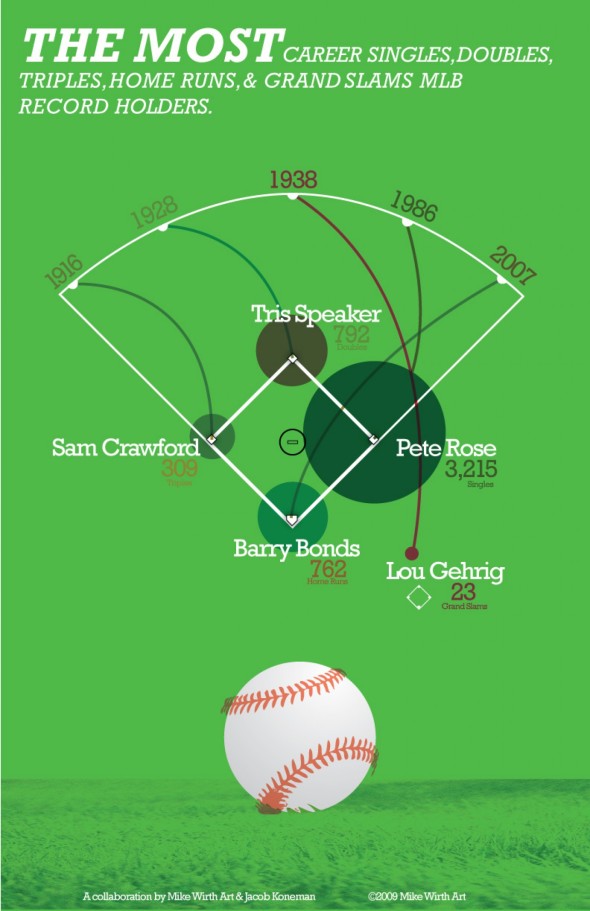