← Questionable decisions
This day in baseball: Yanks vs. Mets, round 1 →

Lizzie Arlington was a woman baseball player during the late-nineteenth century.  She has been regarded by historians to be the first-ever professional female baseball player, though some evidence does exist that contradicts this assertion.  Nevertheless, Arlington did manage to make quite a name for herself during her time.

Lizzie Arlington was actually the stage name for Elizabeth Stroud (or Stride, according to some sources), who came from Pennsylvania and grew up playing baseball with her brothers.  William J. Connor discovered her pitching talent and offered her $100 per week with the intention of using her as a gate attraction at games.  Arlington made her debut in 1898 with the Philadelphia Nationals reserve team.  She made appearances as a pitcher and infielder with a number of teams throughout the year. 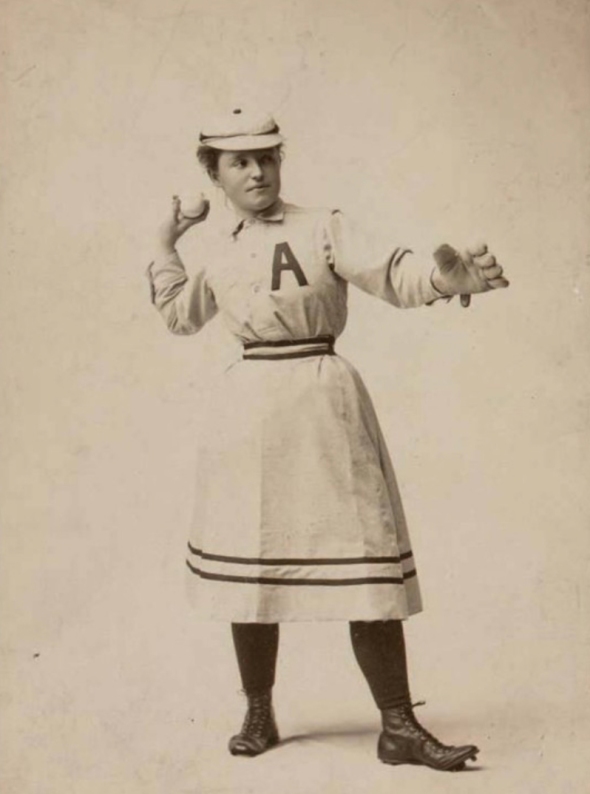 As William Connor hoped, Arlington’s involvement in professional baseball attracted larger crowds, who wanted a glimpse of this woman ballplayer, not only to see how well she played, but also to see what she wore and how she carried herself.  As part of the ploy to use her as a gate attraction, on July 5, 1898 with the minor league Reading Coal Heavers, Arlington entered the field in a horse-drawn carriage with her hair done and wearing black stockings and a gray uniform with knee-length skirt.

Her abilities on the field, meanwhile, were evidently impressive, according to writers of the time.  During that July 5th game, Arlington was brought in to pitch in the ninth inning with a 5-0 lead.  Although she loaded the bases, she still managed to retire the side without giving up any runs and sealed the win.

Attitudes towards women playing baseball, especially professional baseball, during this time period were not particularly positive, and Arlington would find herself on the receiving end of these judgments.  The Reading Eagle, for example, reported that “for a woman, she is a success.”  The Hartford Courant commented, “It is said that she plays ball like a man and talks ball like a man and if it was not for her bloomers she would be taken for a man on the diamond, having none of the peculiarities of women ball players.”

Arlington’s career was short-lived, however, and her name soon disappeared from the papers.  After being released from the Coal Heavers, she joined the Boston Bloomers, a women’s professional team that traveled extensively.  What became of her after the Bloomers, however, seems to be a mystery. 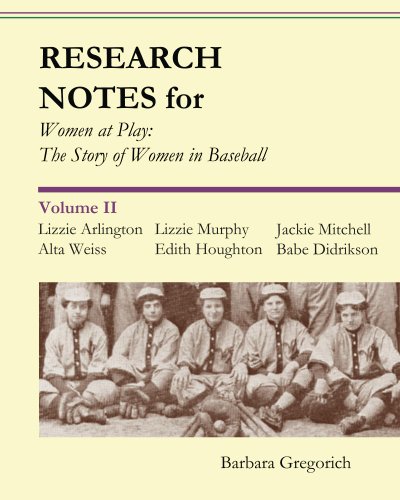