I’m sure a lot of folks remember Mo’ne Davis, who, in 2014 became the first girl to pitch a shutout in the Little League World Series and was also the first African-American girl to play in the LLWS.  “Throw like a girl” memes exploded, except now, the phrase was a compliment.  Davis went on to be featured on the cover of Sports Illustrated,  she won the Best Breakthrough Athlete ESPY, and Time magazine named her one of The 25 Most Influential Teens of 2014, among other honors.

Fast forward six years, and it turns out that Mo’ne Davis is still playing ball.  This spring, Davis is a freshman at Hampton University, making her NCAA Division I softball debut on February 8, 2020.  She’s not pitching anymore, but rather has become a middle infielder.  In her debut, Davis started at second base and went 1-for-3 with a run scored and two RBIs.

As of this post, Davis has a .333 batting average with 8 RBIs and 5 stolen bases through nineteen games.

Davis’s decision to attend Hampton, an historically black school, comes in part due to the aftermath of her LLWS successes.  Following the tournament, Davis had the opportunity to meet President Barack Obama and First Lady Michelle Obama.  Then in 2015, she took a twenty-three-day Civil Rights barnstorming trip to the South with her Philadelphia youth baseball team, the Anderson Monarchs.  The team had the opportunity to travel in a 1947 black-and-white Flxible Clipper bus, the same type of vehicle Negro League players traveled in.  They also met with civil rights leader and Congressman John Lewis, who had marched with Martin Luther King Jr. in 1965.  After attending predominantly white schools from elementary through high schools, Davis decided to take the opportunity to follow in the footsteps of African-Americans who went before her. 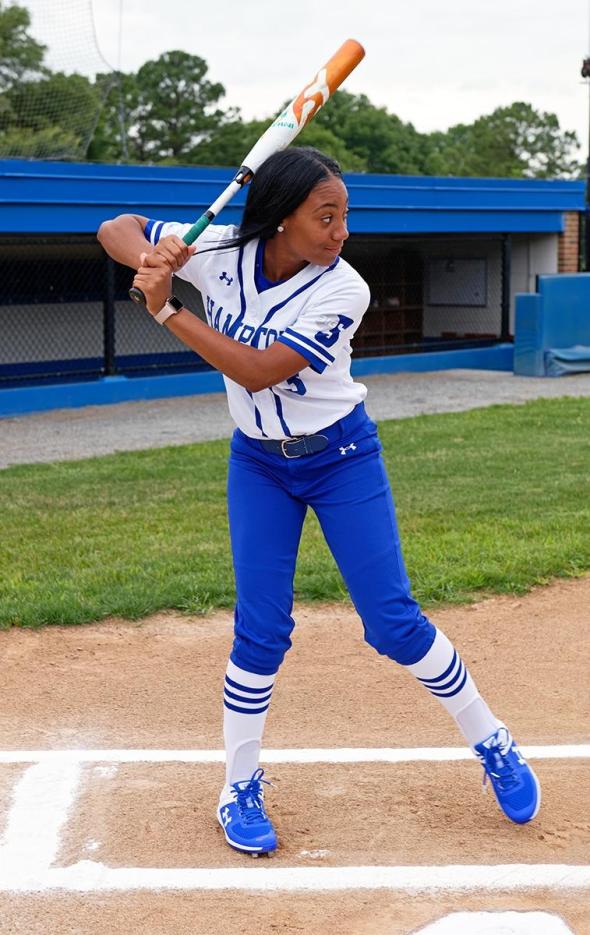