Jack Taylor of the Chicago Orphans (Cubs) began an extraordinary streak of 187 consecutive complete game starts on June 20, 1901, when he took the loss against the Boston Beaneaters.  The streak did experience a brief interruption after the first 39 games, when Taylor appeared as a relief pitcher for 15 games, before resuming his role as a starter.  If one factors in his relief appearances, Taylor thus had 202 consecutive appearances in which he was not relieved by another pitcher.  The total streak ran from June 1901 to August 1906, during which Taylor accrued 1,727 innings of work. 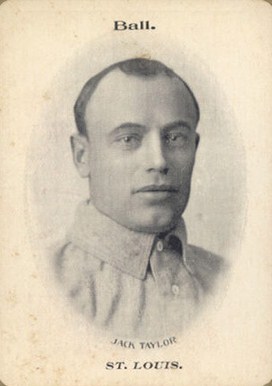 3 Comments on “This day in baseball: Taylor’s complete game streak”