← “The Sound of the Bat,” Bill Meissner
“Baseball Boogie,” by Mabel Scott →

This day in baseball: Royal progress

On October 1, 2005, the Kansas City Royals established a dubious team record when they recorded their 105th loss for the season, losing 10-1 to the Toronto Blue Jays.  It was one of three out of four seasons during this time period that the Royals lost one hundred games or more. 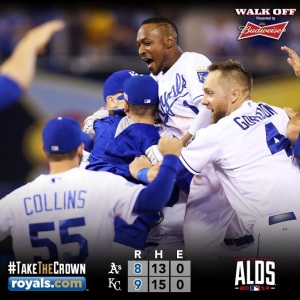 4 Comments on “This day in baseball: Royal progress”