This day in baseball: Muddy lucky

On October 10, 1924, the Washington Senators and the New York Giants were tied 3-3 going into the bottom of the twelfth inning in Game 7 of the World Series.  Senators catcher Herold “Muddy” Ruel came to bat and hit a high, foul ball directly over home plate.  Giants’ catcher, Hank Gowdy, removed his protective mask to field the ball, but neglected to toss the mask aside.  Gowdy stumbled over the mask and dropped the ball, thus allowing Ruel to continue his at-bat.  Ruel proceeded to hit a double, then scored the winning run of the Series on a ground ball by Earl McNeely that made its way past the third baseman. 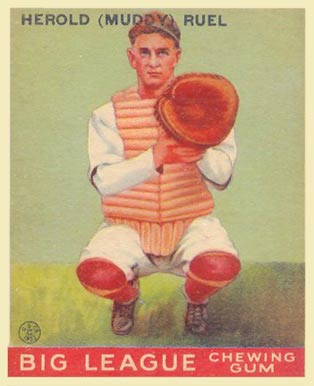