This day in baseball: Bumpus Jones throws a no-hitter

Charles “Bumpus” Jones of the Cincinnati Reds threw a no-hitter in his first major league appearance on October 15, 1892, which also happened to be the last day of the season. Jones’s performance came against the Pittsburgh Pirates, as the Reds were victorious, 7–1. Jones gave up four walks in the outing, and an error led to an unearned run to prevent a shutout. Nevertheless, Jones became the first major league rookie to throw a no-hitter. 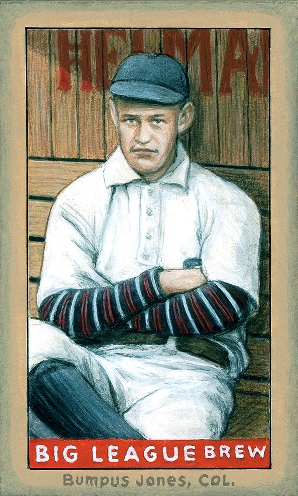